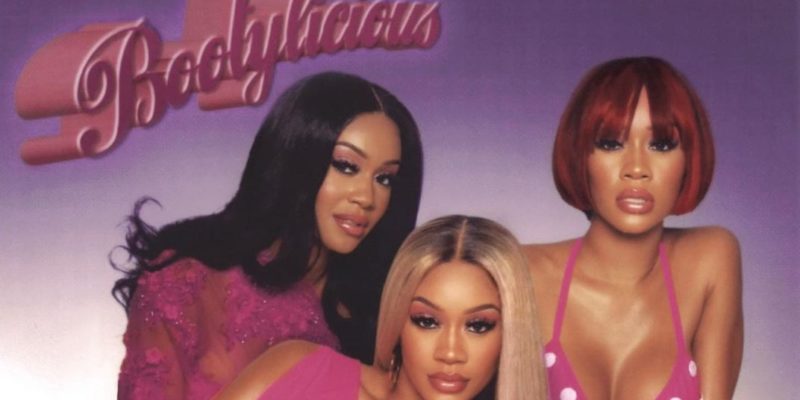 Halloween may not feel the same this year, but that hasn’t stopped many people from pulling together super cute, spooky, or clever costumes. We’ve been amazed by some of the looks that have already crossed our social feeds, like Saweetie‘s recreation of the “Bootylicious” album cover from Destiny’s Child.

Now if you’re a huge fan of the girl group, then you know that “Bootylicious” is an amazing song that became an international hit when it was first released in 2001. For the cover of the single,  the three group members (Beyoncé, Kelly Rowland, and Michelle Williams, in case you need a reminder) posed in front of a purplish-gray gradient background in all-pink outfits and their signature hairstyles. Saweetie perfectly captures each member’s unique style with her costume, and I’m having heart palpitations, y’all.

Let’s break down the individual looks, shall we? The rapper channels Beyoncé in a super sleek blonde wig with hot pink ends and not a hair out of place, thanks to hairstylist J Stay Ready. Back in the early Destiny’s Child days, Rowland could rarely be found without a hint of red in her hair. For her look, Saweetie went all out with a bob boasting those iconic chunky burgundy highlights and bangs that fall below her eyebrows. Finally, she embodied Williams with a long and bouncy jet black wig that is giving us all the bombshell vibes.

For her makeup, she kept it fairly natural but definitely full glam across the board. Her face is literally beat to perfection with a pretty wash of pink on her lids and a full set of lashes. We don’t know what lip gloss she has on her lips, but we need the details immediately. The rapper even made sure to get her nails done in the same deep burgundy hue as Queen B. Details matter, people.

This isn’t even Saweetie’s only Halloween look so far. Just three days prior on October 27, she made our jaws drop with her Rupaul costume that came complete with a voluminous blonde wig and hot pink lipstick. With just one more day left before Halloween, we have a feeling the rapper is going to serve some more looks — and we are waiting with bated breath to see what they are.

Now watch this makeup artist transform themselves into an ice cream cone: