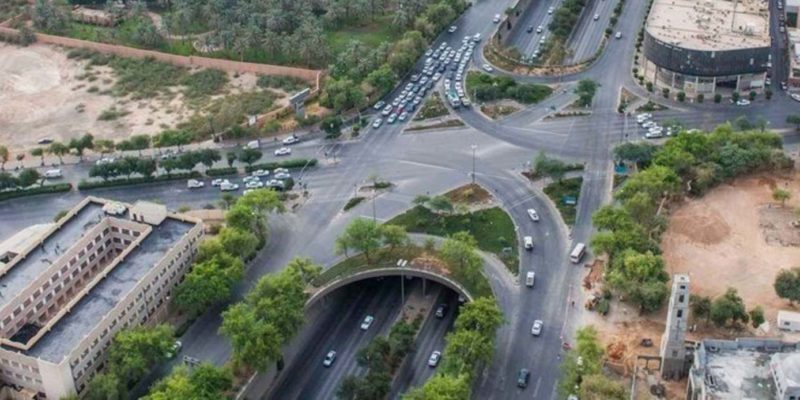 
Saudi officials have announced a massive initiative aimed at protecting the Middle East from climate change.

Home to some of the largest, driest and hottest mobile sand deserts in the world, Saudi Arabia is uniquely positioned to suffer from rising global temperatures, as are its Gulf neighbors.

The Green Saudi and Green Middle East initiatives aim to take the crown for the world’s largest tree-planting effort – 50 billion in all Arab states, as well as efforts at home for more than twice the size of protected areas. of the Kingdom, and create a huge push for green energy that would reduce global carbon emissions by 8% and national emissions by 60%.

Well aware that their wealth is derived from fossil fuels, the initiatives seek to create 50% green energy by the end of the decade.

MORE: Saudi Arabia is building a carbon-free city without cars and pollution: ‘a new era of civilization’

“As one of the world’s leading oil producers, we are fully aware of our responsibility in advancing the fight against the climate crisis, and that as well as playing a leading role in stabilizing energy markets during the era of oil and gas, we will work to lead in the next green era, “Saudi officials said, Talking with Arab news.

At the national level, Saudi Arabia has suffered from desertification and debilitating dust storms mixed with low rainfall. Covering their cities with greenery and using artificial climate creation to increase rainfall will be combined with efforts to revive the iconic Arabian faunaand raise existing protected marine and desert ecosystems to 30% of the country’s sovereign territory.

Across the Middle East, Saudi Arabia plans to help nations install more modern and efficient hydrocarbon technologies that will reduce emissions. More details on specific program methods and strategies will be released next year.

RELATED: Saltwater toilets may soon start saving fresh water around the world thanks to new bacteria from the Red Sea

“This is just the beginning,” added the officials. “The Kingdom, the region and the world in general must advance at an accelerated pace in the fight against climate change.”