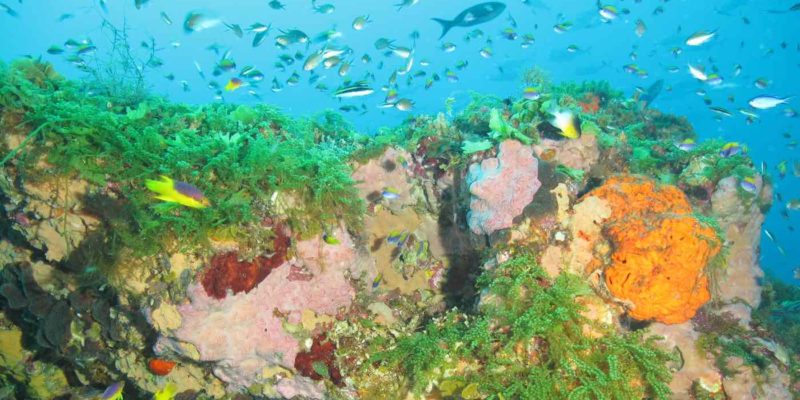 
The largest coral sanctuary in the Gulf of Mexico just grew 200 percent, now that the United States government formally approved the expansion of the Flower Garden Banks National Marine Sanctuary.

NOAA tripled the size of the sanctuary, located off the coasts of Louisiana and Texas, to protect some of the most beautiful and healthy coral reefs in the world.

“They are special because they stay healthy,” said Dr. Tom Bright of Texas A&M University, known as ‘the father of the Flower Garden Banks.’

“The coral coverage here is higher now than when we started studying them in the 1970s and 1980s.”

The increase in size of the sanctuary from 56 square miles to 160 square miles is based on the rich 30-year history of scientific studies and public review of the preservation of this special place.

“The more we found out about these areas, the more we realized that they are as diverse and productive as the world’s marine communities,” said GP Schmahl, superintendent of the sanctuary.

The expansion, announced in January, adds 14 additional reefs and shoals that provide important habitat for fish of commercial and recreational importance, such as red snapper, mackerel, grouper and wahoo, as well as threatened or endangered species of sea ​​turtles, corals and giant manta rays. Ray

The protections in these new areas will limit the impact of activities such as bottom fishing gear, anchoring ships, oil and gas exploration and production and salvage activities on sensitive biological resources, according to NOAA’s announcement.

“The addition of these ecologically important reefs and banks will protect the habitats that contribute to America’s blue economy and boost the ecological resilience of much of the Gulf of Mexico region’s thriving recreation, tourism and commercial fishing,” he said. Retired Navy Rear Admiral Tim Gallaudet, Ph.D., NOAA Deputy Administrator.

POPULAR: The world’s largest seagrass restoration project is a success in Virginia, planting 600 acres growing to 9,000

Sanctuary expansion emerged as one of the top priority issues following the Deepwater Horizon oil rig explosion in 2010, which resulted in the largest offshore marine oil spill in US history, with scientists governments and non-governmental organizations that urged additional protections for the marine life and Habitat of the gulf.

The expansion is expected to go into effect this spring, once Congress has been in session for 45 days.

WATCH the amazing video of dozens of wonderful species …