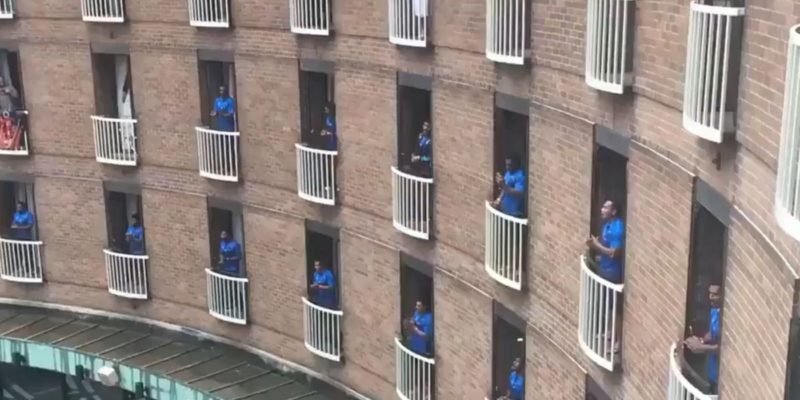 
When a video pops up of the Fiji national rugby team singing a rousing song from the balconies of their hotel rooms, you know it’ll be good.

At the end of a mandatory 14-day quarantine in Australia, players and coaches sang a traditional song to thank the hotel staff for their allegedly friendly and attentive service over the two weeks.

The team had traveled to join a rugby competition in New South Wales, but their performance might suggest that the athletes were in town as a professional choir.

The curved shape of the hotel walls provided useful acoustics and impressive optics. And the show clearly delighted the other guests, who watched from the other balconies and from the patio below. Naturally, the video of Fijians singing has gone viral ever since.

(CLOCK the video of the special moment below.)