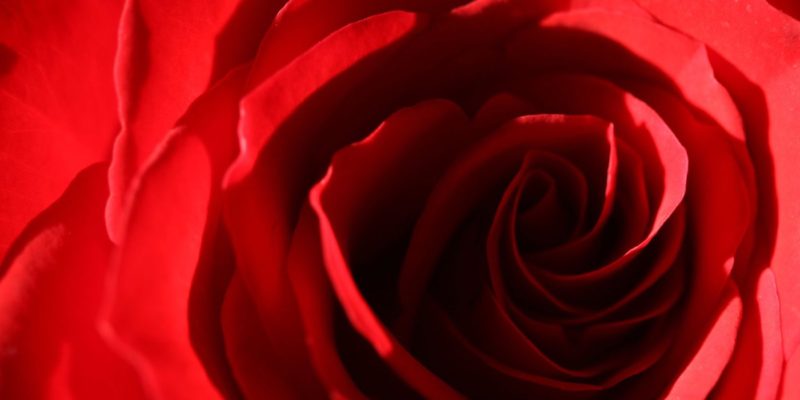 The rose may be one of the most iconic symbols of the fragility of love in popular culture, but now the flower may have more than symbolic value.

A new device for collecting and purifying water, developed at the University of Texas at Austin, was inspired by a rose and, while more designed than enchanted, is a dramatic improvement over current methods.

Each flower-shaped structure costs less than two cents and can produce more than half a gallon of water per hour per square meter.

A team led by Associate Professor Donglei Fan developed a new solar vaporization approach to water production, a technique that uses energy from sunlight to separate salt and other impurities from water through evaporation.

The study authors describe how an origami rose provided the inspiration to develop a new type of solar vapor system made from sheets of black paper layered in the shape of petals. Attached to a stem-shaped tube that collects untreated water from any water source, the 3D rose shape makes it easier for the frame to collect and retain more liquid.

Current solar vaporization technologies are often expensive, bulky, and produce limited results. The team method uses inexpensive materials that are portable and lightweight. Oh, and it also looks like a black-petalled rose in a glass jar.

Those in the know would more accurately describe it as a portable low-pressure controlled solar vapor harvesting “one-system”. But its resemblance to a flower is not a coincidence.

“We were looking for more efficient ways to apply the solar vaporization technique for water production by using black filter paper coated with a special type of polymer, known as polypyrrole,” said Fan.

MORE: Pollution in the Mississippi River has plummeted since the 1980s, new study finds

Polypyrrole is a material known for its photothermal properties, which means that it is particularly good at converting sunlight into thermal heat.

Fan and his team experimented with several different ways of shaping the paper to see which was the best for achieving optimal levels of water retention. They began by laying single, round layers of coated paper on the ground in direct sunlight. Individual leaves showed promise as water harvesters, but not in sufficient quantities.

After playing with a few other shapes, Fan was inspired by a book she read in high school. Although it is not about roses per se, The black tulip Alexandre Dumas gave him the idea to try using a flower shape, and he found the rose to be ideal.

Its structure allowed more direct sunlight to hit the photothermal material, with more internal reflections, than other flower shapes and also provided an enlarged surface area for water vapor to dissipate from the material.

The device collects water through its stem-shaped tube and feeds it to the flower-shaped structure at the top. You can also collect the raindrops that come from above.

The water reaches the petals where the polypyrrole material that covers the flower converts the water into steam. Impurities naturally separate from water when condensed in this way.

“We designed the purification collection system to include a connection point for a low pressure pump to help condense the water more effectively,” said Weigu Li, Ph.D. candidate in Fan’s lab and lead author of the article. “Once condensed, the glass jar is designed to be compact, strong and safe for storing clean water.”

RELATED: Solar energy panels draw water out of the air for Navajo families who have none

The device removes any contamination from heavy metals and bacteria, and removes salt from seawater, producing clean water that meets the standard consumption requirements established by the World Health Organization.

“This could inspire new paradigms of solar vaporization technologies in the production of clean water for individuals and households.”

Does the Blood Type Diet Work?

This Corgi Understands the Importance of a Fun Morning Routine