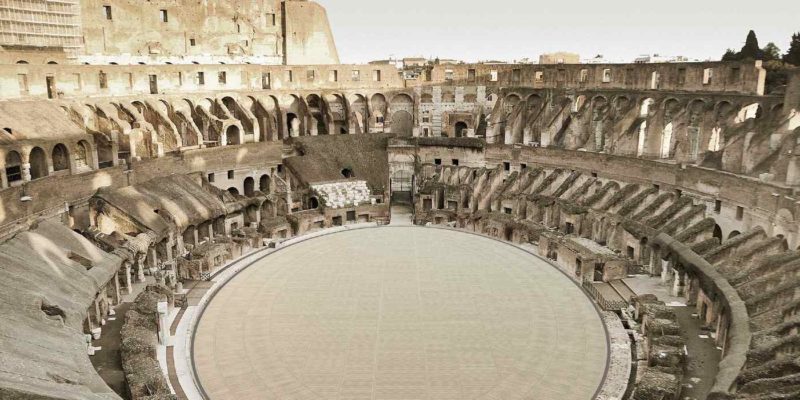 
The Italian government approved a plan to give the Roman Colosseum a new floor, meaning that visitors will soon have the opportunity to stand right where gladiators once fought.

The 2,000-year-old arena has had no floor since the 19th century, when it was removed by archaeologists to reveal an impressive network of tunnels where gladiators and animals were found before noisy events.

The high-tech flooring will be made of wood and sustainable, Culture Minister Dario Franceschini announced, and engineering firm Milan Ingegneria won the $ 22.2 million tender to design it.

“[The floor is] another step forward towards the reconstruction of the arena ”, said Franceschini,“ an ambitious project that will help preserve the archaeological structures while returning to the original image of the Colosseum ”.

Intended for completion in 2023, cultural events could take place at the Colosseum once the new floor has been completed.

The design is completely reversible, and if a new one is made in the future, then the 32,200-square-foot floor could be completely removed without damaging the old building.

This iconic Roman landmark dates back to the 1st century and the Flavian dynasty, which apparently had a predilection for bloodstains. Since then, it has been a quarry for building materials, a place of refuge for animals and, of course, an archaeological excavation site.

After being closed for much of last year during the Italian blockades, the Colosseum reopened to the public a couple of weeks ago.

(LOOK the video showing the new floor design below).