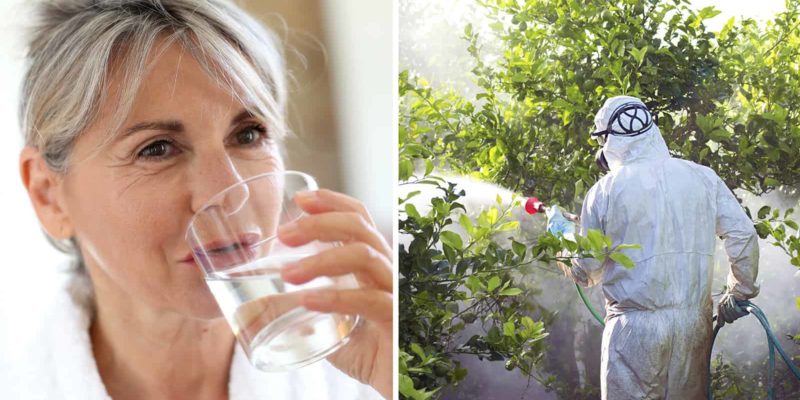 
A new study by scientists at the Helmholtz Center for Environmental Research (UFZ) shows how the impact of pesticides is damaging waterways. While pesticides protect crops from invasive species of insects, fungi, and weeds, they can do more harm than good. Inevitably, they run off into nearby streams and harm aquatic communities, which are essential to the food chain. Marine life helps maintain biodiversity and also purify water.

The team of scientists found that government regulations are generally lax when it comes to pesticides. Even more alarming, 80% of waterways exceed these superfluous levels of pesticides. They published these findings in the scientific journal. Water research.

In the study, they explain that the loss of biodiversity will continue unless the use of pesticides drastically decreases. Scientists suggest that governments conduct a comprehensive assessment of the environmental risks of pesticides.

Over two years, the team studied pesticide contamination at more than 100 monitoring sites in waterways that flow through primarily agricultural land. These lowland regions were located in 12 federal states of Germany. Unsurprisingly, they found that pesticide levels in most waterways drastically exceeded government standards.

Science showed that most waterways were affected by pesticides at dangerously high levels.

In a staggering 81% of the small streams, the team found extremely high RAC values. They refer to the concentration of an active ingredient specified in the official pesticide regulations. To avoid negative effects on aquatic communities, this level should never exceed the threshold. Unfortunately, in 18% of the waterways, more than 10 pesticides exceeded the RAC recommendations.

“We have detected a significantly higher pesticide load in small bodies of water than we originally expected,” says Professor Matthias Liess, ecotoxicologist at UFZ and coordinator of the small water monitoring project.

The scientists found the following in some of the waterways analyzed:

After analyzing the collected data, the researchers found that the impact of pesticides affects aquatic invertebrates more than previously thought. These species react to pesticides in much lower concentrations than previous pesticide risk assessments suggest. Of course, the sensitivity to pesticides depends on the species studied. For example, insects like caddis flies and dragonflies have much lower pesticide thresholds (1,000 times) than snails and worms.

“For sensitive insect species, the concentration of pesticides in small lowland streams is the most relevant factor determining their survival. On the contrary, other environmental problems such as the expansion of water courses, oxygen deficiency and excessive nutrient content are less important. For the first time, this study makes it possible to classify environmental problems, ”says Liess.

The study found that current pesticide regulations vastly underestimate the sensitivity of aquatic species to chemicals. Previous environmental risk assessments for pesticides only included data collected from laboratory finds, artificial ecosystems, and simulation models. However, according to Liess, the real-world results differ greatly from the laboratory findings.

The German scientists’ research is the first to study the real ecosystem rather than just a simulation. Now, there is much more clarity on the harmful impact of pesticides on waterways and marine life.

Rain can make pesticide levels even higher in waterways.

“In addition to pesticides, many other stress factors act on organisms in the ecosystem. These make them much more sensitive to pesticides. Natural stressors, such as predation pressure or competition between species, are not sufficiently considered in risk assessment. But these obvious problems often go unnoticed because the degree of pesticide contamination and the effect of this have not been validated in the field, neither in Germany nor in other countries, ”he says.

Throughout the project, the team discovered that pesticide levels they differ according to the type of samples taken. They took two types of samples: primary and event samples. Scoop refers to a random sampling of water specified by the EU Water Framework Directive. In an event sample, an automatically controlled sampler samples water from the waterway after the rain.

“The event sample provides much more realistic results because pesticides enter water bodies as a result of increased surface runoff from the field, especially during rain,” says Liess. The researchers found that the pesticides measured 10 times more after the rain compared to the scoop samples.

“To realistically represent water contamination, samples should be taken after the rains. That is why we need a regular official environmental monitoring to be able to evaluate the quantity and the effects of pesticides ”.

He and his team are demanding that governments incorporate these findings into new pesticide approvals immediately.

“We continue to use pesticides that were approved many years ago based on an outdated risk assessment. Therefore, this should change as soon as possible. Only in this way will we be able to preserve the biodiversity in our waters and with it the services that these biotic communities provide to our ecosystems ”.

“The pesticide industry has conditioned Americans to believe the fiction that pesticides toxic pesticides they just magically disappear, ”said Jess Tyler, a scientist at the Center for Biological Diversity. “This study should be a wake-up call for pesticide regulators at the Environmental Protection Agency and the Biden administration, who cannot continue to ignore the well-documented systemic pesticide contamination of our landscapes and waterways.”

Pesticides allow higher crop yields as they protect agricultural products from insects and fungi. However, they also have a dark side: they cause widespread and lasting degradation of waterways and animals. A new German study revealed that more than 80% of waterways contained dangerously high levels of pesticides. After the rain, pesticide levels rose, even more, up to ten times more in some cases.

US waterways also contain extremely high levels of pesticides. The United States produces more food than any country in the world, so pesticides are a necessary evil. However, it is clear that pesticides cause damage to our waterways and animal life. Are the consequences worth it? It is a difficult question to answer, but the health of our planet is at stake.