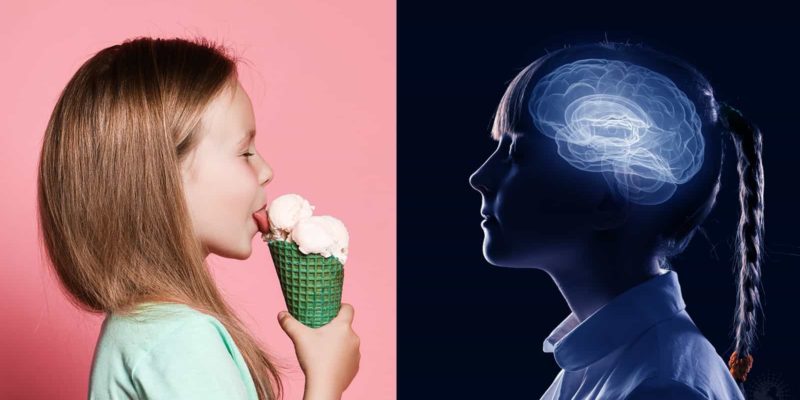 A new study from the University of Georgia found that sugar negatively affects brain development in children. Children consume more sugar than any other age group, despite warnings about high-sugar diets that lead to health problems such as obesity. Food companies directly target children in their advertisements and create sugary products to appeal to them. While parents can purchase other foods for their children, the affordability and convenience of processed foods often outweigh the negatives.

Most people know that high sugar intake it can lead to obesity, heart disease or diabetes, among other health problems. However, researchers have done few studies on how high-sugar diets in childhood affect brain development. The team wanted to focus their research on how sugar affected the hippocampus, an area crucial for learning and memory.

A faculty member from the University of Georgia led the research in conjunction with a research group from the University of Southern California. In a rodent model, the study showed that daily consumption of sugary beverages during adolescence affects learning and memory during adulthood. The team also found that changes in gut bacteria could be to blame for memory and learning difficulties. The study was published in the journal Translational psychiatry March 31st.

They found that mice given the bacteria, called parabacteroids, began to have memory problems during the study. This happened even if they had never consumed sugar before.

“Sugar in early life increased levels of parabacteroids, and the higher the levels of parabacteroids, the worse the animals fared on the task,” said Emily Noble, assistant professor in the College of Family Sciences and the UGA consumer and first author of the study. “We found that bacteria alone were sufficient to damage memory in the same way as sugar, but it also affected other types of memory functions.”

The Dietary Guidelines for Americans, established by the USDA and the US Health and Human Services, recommend limiting sugar. He proposes keeping sugar intake to 10 percent or less of daily calories. However, the Centers for Disease Control and Prevention (CDC) found that Americans between the ages of 9 and 18 far exceed this guideline. Most of your daily calories come from sugary drinks, unfortunately.

The hippocampus helps with many cognitive functions and is not fully developed until the late teens. Because of this, the researchers wanted to better understand how sugary diets might affect brain development and the gut microbiome.

What the study revealed about high sugar diets and brain health

The young rats consumed their usual diet and an 11% sugar solution, identical to commercially sold sugary drinks. The research team then had the rats perform a memory task that relied heavily on the hippocampus. The task specifically measured episodic contextual memory. This is the ability to remember the context in which rats had previously seen a familiar object.

Not surprisingly, the rats given the sugar solution had a harder time completing the task.

“We found that rats that consumed sugar in their early life had an impaired ability to discriminate that an object was new to a specific context, a task that rats that did not receive sugar could do,” Noble said.

The researchers then had the rats perform another memory task that measured immediate recognition memory. This task did not involve the hippocampus and measured the rats’ ability to recognize something they had seen before. In this case, sugar it did not affect the recognition memory of the rats.

How a High-Sugar Diet Altered Gut Bacteria in Mice

Further research found that consuming large amounts of sugar resulted in more parabacteroids in the gut microbiome. More than 100 billion microorganisms live in the gastrointestinal tract and have a considerable impact on health.

The researchers wanted to identify exactly how the bacteria affected memory and learning. To achieve this, they increased the levels of Parabacteroids in the microbiome of rats that had never consumed sugar. These rats showed difficulty completing both hippocampal-dependent and hippocampal-independent memory tasks.

“(The bacteria) induced some cognitive deficits on its own,” Noble said. He said future research would focus on what specific pathways are involved in gut-brain signaling.

Other harmful effects of eating too much candy

In addition to affecting brain development and disrupting gut bacteria, eating sweets can cause many other health problems.

This rodent study found that juveniles rats that consumed sugar daily showed brain deficiencies even in adulthood. Since young children get most of their calories from sugar, this is very concerning. The study revealed that rats given sugar in their typical diets had difficulty completing tasks associated with memory. They also had altered gut bacteria, although the researchers still don’t know exactly how it affected their cognition.

Yet experts around the world have been sounding the alarm about sugar for decades because of its health dangers. Hopefully, companies will start creating healthier alternatives so that children will not be affected by health problems in the future.