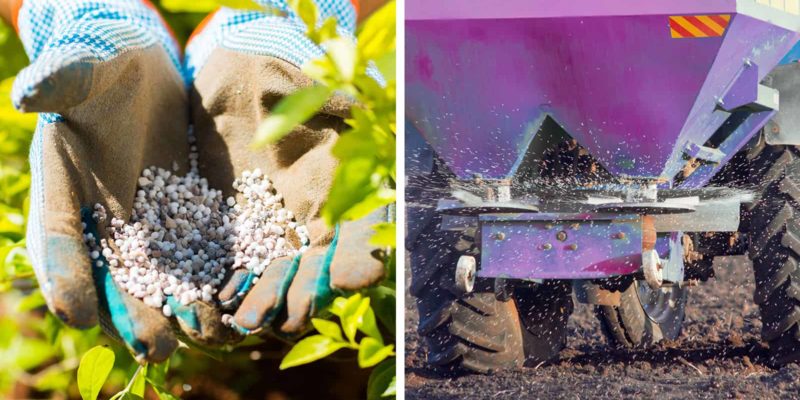 
A team of international scientists has created a more sustainable method for making green fertilizers. Led by Nanyang Technological University, Singapore (NTU Singapore), the researchers focused their research on a key compound in fertilizers called urea. This is a naturally occurring nitrogen-rich substance found in mammalian urine. It is used in commercial fertilizers to increase crop yields, but traditional methods of creating it require immense energy.

The current Haber-Bosch method of making urea does not match a more sustainable world. The process converts hydrogen and nitrogen into ammonia, which forms the basis of commercial synthetic nitrogen fertilizers. While it is arguably among the most shocking industrial chemical reactions in history, it has a huge impact on the environment.

The chemical reaction requires temperatures of around 500 degrees Celsius and pressures of 200 times atmospheric pressure at sea level. This creates a huge carbon footprint, accounting for about 2% of annual CO2 emissions globally. To put that in perspective, the Haber-Bosch process emits more carbon dioxide than any other chemical reaction. In addition, it consumes almost 5% of the world’s annual natural gas production to create hydrogen and generate heat.

So the NTU researchers wanted to come up with a greener way to produce green fertilizer. What global demand for food increases, it is of utmost importance to practice sustainable agriculture. The team believes their research findings can help agribusinesses achieve this goal.

To make green fertilizers more efficient, the scientists turned to an existing urea production method. This process, known as electrocatalysis, uses electricity and potentially sunlight to trigger chemical reactions in a solution. While producing urea in this way requires less energy, historically it has not produced enough to replace the Haber-Bosch method.

How Scientists Made Green Fertilizers More Sustainable and Efficient

So, to improve on the alternative method, the scientists used nitrate instead of nitrogen to bind with the carbon dioxide. They used the nanomaterial indium hydroxide as a catalyst solution. The scientists found that this process produced urea for green fertilizer five times more efficient than previous attempts at electrocatalysis. Not to mention, the improved method generated higher urea production than the previous process.

Study co-lead author Professor Alex Yan from NTU’s School of Materials Science and Engineering (MSE), said: “Our method essentially manipulates the chemical reaction process to make it ‘highly selective’. By choosing a better catalyst, we helped nitrate ions and carbon dioxide molecules to be optimally positioned to facilitate urea formation while suppressing the creation of unnecessary by-products such as hydrogen, which leads to higher efficiency and better urea yields. “

The international research team includes researchers from Texas in Austin, the China University of Science and Technology, and the Harbin Institute of Technology, China. The study findings have been published in the peer-reviewed scientific journal. Sustainability of nature in July. In addition, NTU patented the alternative urea production method to produce green fertilizer.

The researchers say that the improved urea production technique may pave the way for sustainable chemistry in the future. They also hope it will inspire greener farming methods to feed the world’s growing population.

The study provides evidence of the university’s commitment to addressing humanity’s greatest sustainability challenges. Called the NTU 2025 strategic plan, it aims to transform scientific research into technological advancements to heal our planet.

The scientists tested the efficiency of their improved method in the laboratory as a proof of concept. They found that the process resulted in a 53.4% ​​urea yield. Fortunately, this makes it competitive with the traditional Haber-Bosch method, which transformed agriculture in the 1910s.

The two-step thermal process relies solely on fossil fuels and requires extremely high temperatures to create a reaction. It also needs high pressure conditions, which makes it unsustainable and destructive to the environment. The first step of the process uses nitrogen and hydrogen to make ammonia. It then joins with carbon dioxide to form urea.

In comparison, the new method of creating green fertilizers requires much less energy and complexity. To begin with, the technique requires only one step rather than two. Much less energy is required to break the bonds of nitrate than nitrogen, which helps produce higher yields of urea. Combined with carbon dioxide and hydrogen, the process triggers the formation of urea at room temperature.

According to the researchers, since the method only requires one step, it is simple enough to scale it up. Farmers could easily operate the electrocatalytic device to produce urea for fertilizers. Plus, the method could one day run solely on renewable energy, making it even more environmentally friendly. The team hopes that large-scale industrial companies will adopt this method to reduce energy use.

“With advances in solar technology, we may use sunlight to power the electrocatalysis process in the future, which can further help reduce global emissions.”

In the future, the researchers hope to continue increasing yields and improving catalytic selectivity. To do this, they will investigate catalysts that would increase the reaction rate. In addition, they will investigate methods to power the process with solar energy. Finally, the team will work to build a prototype device to demonstrate large-scale urea production.

The use of nitrate instead of nitrogen and the nanomaterial indium hydroxide as a catalyst made this process five times more efficient. The team says this formula can be applied to both large-scale and small-scale agricultural processes. Going forward, the team aims to achieve even higher yields and speed up reactions. They also hope to one day power the process using only solar energy.

This groundbreaking research may usher in a new era of agriculture based on clean energy rather than fossil fuels. If green fertilizer completely replaces synthetic fertilizers, it would reduce annual global emissions by 2%.

Are Vegan and Vegetarian Diets the Best Way to Eat?

Rewilding: Beavers are back – here’s what this might mean for the UK