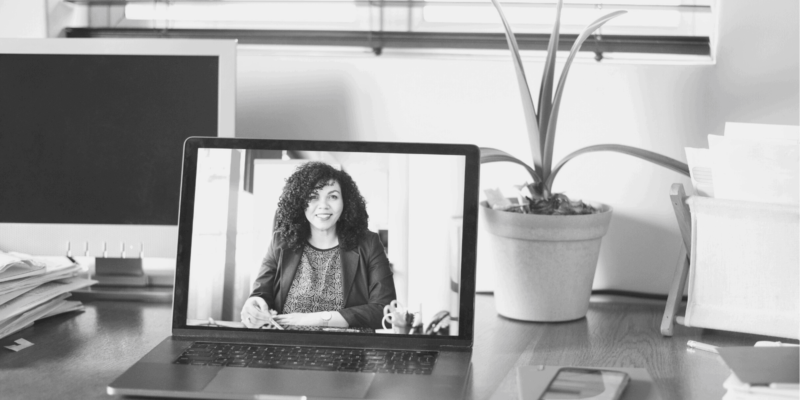 
While working from home helps the environment in some way, we can all make virtual meetings even greener. Researchers say that keeping the camera turned off during online meetings can reduce your carbon footprint. The new study says that despite carbon emissions declining in 2020, the increased use of technology puts significant pressure on the environment.

Due to the pandemic, more people started working from home and turned to technology for entertainment. This influx of online activities increases carbon emissions due to how Internet data is stored and transferred around the world. For example, one hour of virtual meetings or the transmission content emits 150-1,000 grams of carbon dioxide. It also requires 2 to 12 liters of water and soil, which is about the size of an iPad Mini.

However, a recent study by Purdue, Yale, and the Massachusetts Institute of Technology found how to reduce these numbers. Research revealed that simply keeping the camera turned off during virtual meetings can reduce your carbon footprint by 96%. Additionally, streaming content from apps like Netflix or Hulu in standard rather than high definition can reduce it by around 86%.

This groundbreaking study of the carbon, water and land footprints associated with internet use shows the hidden impact of technology. It was published last month in the magazine Resources, conversation and recycling.

“If you only focus on one type of footprint, you miss out on others that can provide a more holistic view of environmental impact,” said Roshanak “Roshi” Nateghi, a Purdue professor of industrial engineering. His work aims to uncover the overlooked environmental impact of increased use of technology and how it affects climate change.

Since March last year, many countries have reported around a 20% increase in Internet use. The researchers say that if this trend continues through 2021, the additional Internet traffic will require 71,600 square miles of land. This equates to an area of ​​land twice the size of Indiana required to capture the additional carbon emissions.

Furthermore, data storage and transmission would require water equivalent to 300,000 Olympic swimming pools. As for the resulting land footprint, it would be roughly the size of Los Angeles.

The team then estimated the environmental impact associated with each gigabyte of data used in the following applications:

“The banking systems inform you about the positive environmental impact of going paperless, but nobody tells you the benefit of turning off the camera or reducing the quality of the transmission. So without their consent, these platforms are increasing their environmental footprint, ”said Kaveh Madani, who led and directed this study as a visiting researcher at the Yale MacMillan Center.

Carbon footprints associated with internet use had already increased before the pandemic locks, which is equivalent to about 3.7% of global carbon emissions. However, the water and land footprints of technology use have been forgotten in research on how Internet use affects the environment.

Madani joined Nateghi’s research group to study how these footprints impact the environment. Interestingly, they found that land and water footprints vary by web application and country.

The team collected data from Brazil, China, France, Germany, India, Iran, Japan, Mexico, Pakistan, Russia, South Africa, the UK, and the US The team found that internet usage in the US had a footprint. carbon 9% higher than the world average. However, the water and soil footprints were 45% and 58% lower.

In other countries, the team uncovered surprising data on the water and land footprints associated with Internet use. Germany, for example, a pioneer country in sustainable energy, had a much lower carbon footprint than average. However, its land and water footprints far exceeded the world median. The researchers estimated that the country had a land footprint 204% above average.

Purdue graduate students Renee Obringer, Benjamin Rachunok, and Debora Maia-Silva performed the calculations and data analysis. Maryam Arbabzadeh, a postdoctoral research associate at MIT, also collaborated on the research. Their estimates come from publicly available data for each Internet platform and country. They also used models created by Madani’s research group and known values ​​of power consumption per gigabyte of landline Internet use.

The researchers say that since the calculations reflect only known data from service providers and third parties, they contain a margin of error. However, the research team believes that these estimates shed light on the previously overlooked impacts of Internet use on the environment. They hope the study will help the public better understand how to reduce their technology footprint.

“These are the best estimates given the available data. In light of these reported increases, there is now hope for greater transparency to guide policy, ”Nateghi said.

Final thoughts: virtual meetings and other uses of the Internet have a great impact on the environment

Many people don’t think about how working from home or browsing Netflix affects the environment. We may think that it really benefits the planet because we don’t have to drive to work. However, the use of technology still creates land, water and carbon footprints due to how data is processed.

Although we I can’t escape technology in today’s modern world, we can still do our part to protect the planet. The researchers found that turning off the camera during virtual meetings can reduce environmental impact. Also, choosing to stream content in standard over high definition provides a greener option. If we all follow the studio’s advice, we can make a big difference without even leaving the house.

What Does Popularity Really Mean? A UNC Psychologist Explains