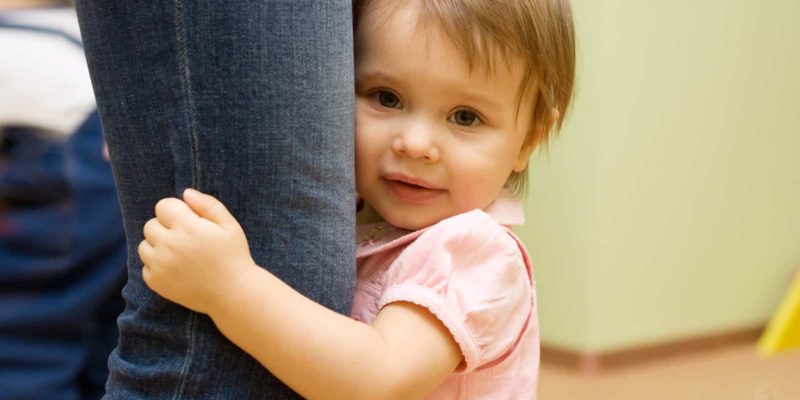 
Were you a shy child growing up? Did you have trouble making or keeping friends, and when you went to a new school or home, did it take forever to take in the place? Shyness in children is a common thing that they can learn to manage over the years.

It’s called social anxiety, but psychologists They believe that shyness may indicate an underlying problem of anxiety or fear. When you bring up anxiety, most people think of an adult who is afraid to make a presentation at work or someone who tends to get lost in the background instead of being the center of attention.

Anxiety is all of that, but it is also much more than even the experts imagined. It is estimated that around nine percent of children suffers from social anxiety, approximately one in ten children. The numbers show that it is a growing problem that must be addressed.

Social anxiety and shyness in children only morph into a full-blown disorder without treatment, and the same problems they had in their youth will follow them into adulthood. the boy who couldn’t make friends he will be the adult sitting home alone on a Friday night.

A family can have two children and they can be opposites. You can be outgoing, you love meeting new people, and you can make friends every time you go to the park. However, the other may suffer. Eating out or going to the park is not a fun task for this child because his anxiety is accelerating.

A child cannot explain a panic attack or an overabundance of anxiety, like an adult. They do not have the ability to articulate how they feel. They may experience headaches, an upset stomach, nervousness, dizziness, and it can manifest as hyperactivity.

Parents should know how to raise children with social anxiety because even a trip to the local grocery store can be a sensory processing nightmare for the shy one.

Temperament can dictate why children are shy

Why are some children scared to the point of being terrified in new settings and others so outgoing that they don’t know any strangers? Children are shy and children can be friendly, but since every child is different, the reasons why they respond to their environment comes down to their temperament.

Your personality and temperament are what direct you to respond to stressors. Suppose you have two children. Unfortunately, you have a car accident on the way home from the store. One child cries and screams because he is afraid of what is happening, but the other is more upset because dinner is late.

Since each of your children has different personalities, they see things through different lenses. One views the accident as an inconvenience to dinner, while the other is terrified of death and being hurt. You should comfort both children, but the methods you use will differ depending on their temperament.

• Can psychologists determine if a child is shy at four months of age?

Your child will develop methods to respond to what is happening in his environment. Dr. Vanessa LoBue confirms that these patterns are formed by four months of age. A test can be done to help with infant temperament using a mobile hanging over the crib.

Can you say that children are shy from the cradle? At four months, a child may love the mobile on his bed or hate it. However, children who are completely distressed by the movements and sounds coming from this toy are almost always the ones who have trouble being shy as they get older. It is because children are sensitive to their environment.

It has also been observed that these babies are the ones who get very upset and go off the rails if their routine is interrupted. Even something as small as a doorbell can cause them to plummet. Now the babies who responded positively to the toy were more sociable and outgoing.

• Is it biological shyness?

A study studied electrical signals in young children’s brains to learn why children are shy. When looking at the brain of a shy child versus the extrovert, they noticed apparent differences. Could it be that children are shy because it has a biological basis?

There is also evidence that personality is formed from birth. If you look at this theory, you would conclude that the environment does not influence a child’s personality because it is something they are born with. Research suggests that a baby’s temperament indicates what his adult personality will look like.

Studies suggest that children are shy because it is part of their personality. It should be mentioned that not all reserved or reticent people suffer from social anxiety or another phobia. So why is shyness so important to psychologists?

Both temperament and biological factors come into play in a child’s personality. Still, it doesn’t mean that your childhood personality will be the same at age 25. Sure, there’s a great chance, but it’s not set in stone. Some kids need come out of their shells.

People, especially children, change as they age. The adverse reactions that a four-month-old child had to the mobile can change slowly. While they didn’t like it at the time, there’s nothing to say that they won’t love it when they turn eight months old.

Reactions to stressors change as the body changes and grows. Also, being shy is not always bad. Some people need a little time to warm up and adjust before they can jump.

A television show on The Learning Channel is an excellent example of why some children are shy and reserved. The Busby family in Daughtered out has quintuplets that have conquered the world.

Each of these girls has unique characteristics in their personalities that make them who they are. Hazel has suffered from nystagmus and has undergone surgery to correct the defect. Last season, it was Parker who received a lot of attention due to his reticent nature.

It became very apparent that she was reserved where others were outgoing. It took time for him to warm up when they went to a fun center or anywhere else. She was often on the corner, crying when there were changes in the home, and she wasn’t doing well outside of her element or routine.

Every time there was something new or different, this child would shut down. The Busby family decided to seek help. It’s good that they didn’t hide it under the rug and get support for the child. This show is broadcast on television and is there for everyone to see, but the same things should be done in real life.

An occupational therapist worked with Parker to help her adjust and develop good coping skills. Children are shy because in many cases they do not know how to regulate their emotions. Fortunately, this child has a supportive family unit that can dampen his anxiety.

While the jury is still out on whether or not Parker will grow up with persistent social anxiety as he grows older, getting the help he needs will make a difference in the world.

Parenting styles are essential when trying to manage the shy child’s emotions. It is during the formative years that children develop a conscience. A shy and reserved child will likely be the type that does not require much discipline.

These children usually burst into tears at the first sign of a reprimand. Psychologists Note that parents must learn to use gentle and fair forms of discipline so that they do not feel guilty for their wrongdoing. On the other hand, outgoing and sociable children generally do not respond to gentle correction.

They require more attention when they do something wrong and a “stronger hand” in discipline. Since no two children are alike, no parenting method can be exactly the same either.

Final Thoughts on Understanding the Reasons Children Are Shy

Using research and studies by psychologists on why children are shy, it is easy to conclude that it has biological and environmental factors. Also, just because a baby shows sensitivity to his environment does not mean that he is destined to be a socially anxious child for life.

Children grow, change, and learn to adapt. Even if it is shy, perhaps in someone’s genes, a person is not guaranteed to turn out the same. A father can have identical-looking children, like the Busby family in Out Daughtered, and yet each child will have a unique personality.

Looking at the famous quintuplets, there is the shy one, one who is rambunctious, one who is fearless, and one who tends to be more anxious. The important thing to remember is that you need to adjust your parenting style to suit the emotional needs of the particular child, especially if that child is dealing with social anxiety that triggers shyness.

Style Your Hair Like a Pro With These New Hair Gels

5 Pictures of Children to Avoid Posting on Social Media