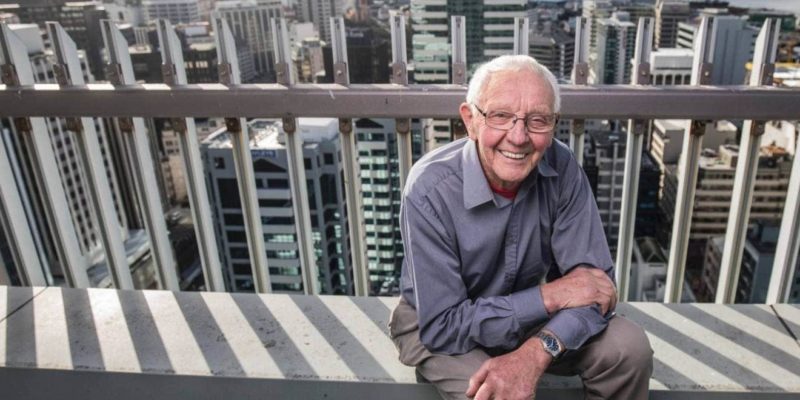 
When Mark Dunajtschik escaped from the Knicanin prison camp near the end of World War II, he was forced to flee his homeland of Yugoslavia. Five years after the war ended, he became an apprentice toolmaker.

The craft he mastered then may have shaped his career, but it was the life lessons he learned that ultimately shaped the character of the man he would one day become.

With housing in post-war Germany almost non-existent, Dunajtschick’s only option at the time was to live in a housing facility for the mentally and physically disabled. Seeing the daily challenges his housemates faced, he realized how lucky he was.

“Because they gave me the opportunity to live in that house, which was founded by an industrialist in the 1880s, now that I’m in a position where I can do something too, naturally I want to do it,” he told the New Zealand Herald.

At the age of 85, as one of New Zealand’s most successful industrialists and property developers, Dunajtschik is uniquely positioned to fulfill his desire to give back.

READ: Billionaire reaches his goal of giving away his entire fortune after 38 years of secret donations

Already known for his philanthropic work, having funded the country’s Life Flight Trust helicopter rescue service, Dunajtschik’s latest major humanitarian effort is to oversee the construction of a new children’s hospital in Wellington.

“After a conversation between my business partner and my life partner, we decided, why not build it?” he said. (Dunajtschik credits his life partner, 82-year-old New Zealand native Dorothy Spotswood, with whom he shares a five-decade relationship, for much of his success.)

But Dunajtschik didn’t want to just throw money at the new hospital. Take a hands-on approach to all your projects.

“By using my experience as a developer, we could produce more real estate than if we just wrote a check and let the bureaucrats build it,” he explained.

During the summer, construction passed an important milestone. As Dunajtschik and Spotswood watched, the industrial support cranes were removed from the site, indicating that the exterior was complete.

“It is exciting to see that in just over a year the vision will be realized and we will have a magnificent new purpose-built facility that will help future generations of sick children,” said Bill Day, President of Wellington Hospitals Foundation.

“Those who are born with healthy bodies and minds can take care of themselves and those who have been unfortunate or in poor health need our help,” said Dunajtschik.

MORE: Generous Boss gives $ 12.7 million to his staff, saying ‘thank you’ as he retires

And that’s the lesson in compassion that this man who puts his money where his mouth is, and much more, hopes to convey.

SHARE this inspiring story with your friends on social media …