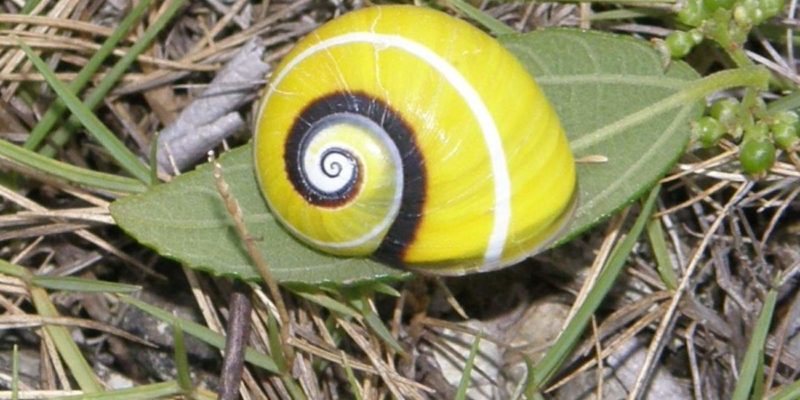 
There are things about the island of Cuba that don’t really appear in the news, for example, that it has the greatest biodiversity of snails in the world.

The painted snail polymite It is one of the most beautiful invertebrates on Earth and is only found on the Caribbean island. Its shell is a wonderful spiral, all in peach, lemon-lime, vermilion, blood orange, red ocher, and even pink.

Unfortunately, the illegal wildlife trade has brought all six species of polymite to the point of being critically endangered, as recommended by Cuban wildlife researchers.

Recently, National Geographic reported on the love of polymite by italian photographer Bruno D’Amicis, who traveled to the island to photograph them in their natural habitat. He hopes to draw attention to the fact that the demand for snails in Cuba and abroad as colorful trinkets is driving them to extinction.

Scientists know that they live in a small vegetated coastal belt along the eastern coast of Cuba, but they don’t know how many there are, or even if they have discovered all the existing species.

In their natural environment, painted snails live in trees and shrubs devouring mineral-rich mosses and lichens, the source of their brilliant colors. Its incessant consumption of this vegetation helps keep trees healthy, even on coffee farms, a large part of the Cuban economy.

As prey, the snail feeds the endangered Cuban kite and other endemic animals. Bold color displays in nature usually come from one of a few different reasons, such as a toxicity warning or to attract mates, but the purpose behind the polymite The painted shells are still unknown.

According to a leading scientist who studies snails, Bernardo Reyes-Tur, speaking with Nat Geo He said, “some people stay in the same place for six months.”

PLUS: Giant glow-in-the-dark sharks discovered by scientists who realized their camouflage

Cuban wildlife biologists are trying to educate both farmers in the region, especially coffee and tobacco growers and foreign visitors, about the importance of the snail to the island. By studying their natural environment, biologists hope to establish a breeding program for them, as their slow and sedentary lifestyle makes them extremely vulnerable to both poaching and climate change.

RELATED: For the first time in 170 years, Asia’s most missing bird is seen in Indonesia

Biologists, in particular, seek to show people who make a living from tourists that snails are worth more alive than dead, since their only home on Earth is Cuba, which means that although Cuba is a socialist economy, The country has cornered the market for painted snails, forcing wildlife enthusiasts who want to see them to visit them.

KEEP the Good News – Share this story with your friends …

What went right this week: the power of the grassroots, rare toads breed and more positive news – Positive News