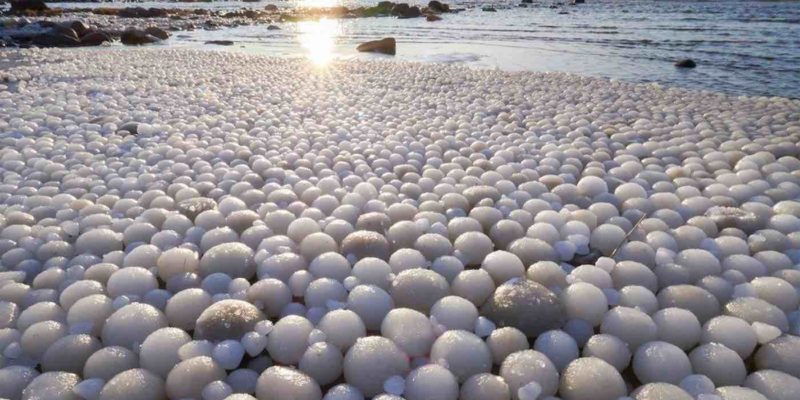 
It may seem like a prime location for a snowball fight, but on this beach in Finland the only fun is in sight.

When an amateur photographer took a walk on Marjaniemi Beach, he witnessed a rare and surreal natural phenomenon.

Risto Mattila and his wife are now considered among the lucky few who have been blessed with the opportunity to see thousands of “ice balls” that cover a stretch of coastline on Hailuoto Island.

According to meteorological experts, balls are formed when chunks of ice are hit by wind and turbulent waters. Mattila says that some of the frozen spheres were the size of soccer balls.

The island of Hailuoto, which lies between Sweden and Finland, is not the only frigid region that has created such an impressive phenomenon, but Mattila feels lucky to have witnessed such a thing for the first time.

“That was an incredible sight. I have never seen anything like this in the 25 years that I lived in the surroundings ”, Mattila. told the BBC. “Since I had a camera, I decided to preserve this unusual sight for posterity.”