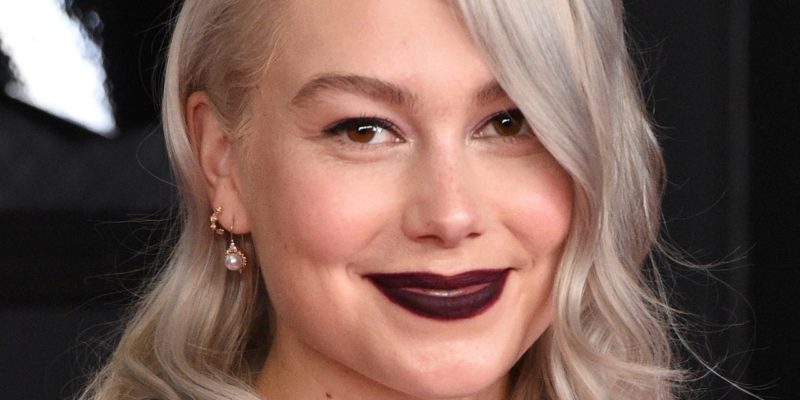 Phoebe Bridgers seems to be everywhere right now. (Please note that I am not complaining about this.) She has four Grammy nominations; at least half of Punisher may or may not be included in my Spotify “On Repeat” playlist; she’s also going to be on tonight’s episode of Desus and Mero, which airs during the Grammys. And, of course, the internet is abuzz over her Grammy red carpet look. Her deep plum lipstick (maybe this one? just a guess!), black eyeliner on her top lids, and fluffy brows create a look of soft glamour goth that I’ll absolutely be attempting to emulate the second I have a reason to.

While a “soft goth” aesthetic is nothing new to Bridgers, she’s typically more casual than tonight. After all, it’s not every night that you’re in the running for awards like “Best New Artist.” But she still looks very much herself, just… elevated. Rather than wearing the iconic skeleton onesie that has launched a thousand work from home outfits, she showed up in a beaded skeleton dress from Thom Browne that moved with her as she walked. Her bleach blonde hair, typically worn in loose, beachy waves, was immaculately styled in a deep side part (sorry, Gen Z) with soft waves reminiscent of old Hollywood. To me? It was perfect.

Though to the untrained eye (read: non-obsessed), this dress is a brand-new take on the skeleton onesie she’s been wearing since her “Kyoto” music video, real Bridger-heads know it’s actually what started her whole obsession with them bones; according to Billboard, she’s been looking for the dress for years, and finally got her hands on it for this special night. So, congratulations to Phoebe for achieving your dreams — hopefully, tonight a few more of them come true by way of well-deserved awards.