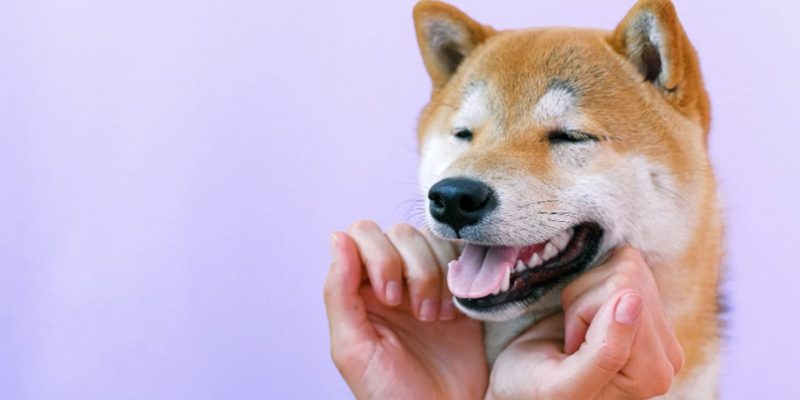 
From snake attacks to jumping into oncoming traffic, one in three dog owners have put themselves in danger to save their four-legged friend, according to a new survey.

In a new survey, Americans say they have carried out some daring rescues, such as scaffolding at construction sites and diving into icy pools, to save their dogs.

One dog owner reported stepping between his dog and another angry canine, while another received an electric shock from exposed wiring before his pup got too close.

Ahead of National Love Your Pet Day on February 20, a study of 2,000 American dog owners examined all the ways respondents show their love for their dog and found that 72% said they would gladly put themselves in harm’s way. to save your dog.

Not surprisingly, almost four out of five (78%) consider them a full member of the family.

For some, it might be the most important relationship in the home. Of those surveyed who were married or in a relationship (79%), more than half (53%) admitted to kissing their puppy more than their partner.

The survey commissioned by JustFoodForDogs and conducted by OnePoll revealed that three out of five adults surveyed (61%) concluded that they prefer their dog to some people they know.

RELATED: After losing my dog, Nextdoor neighbors lent me their own puppies to cry on

47 percent said they knew the names of the dogs in their neighborhood but not their owners.

In all this quality time with Fido, some respondents said they had been accused of spoiling their dog (70%), but they don’t care.

65 percent think of spoiling their dog as a form of self-care, and 63% reported that it’s better to schedule their dog’s vet appointments than their own doctor visits.

The results also explored the little ways that respondents show their affection for their dog. Half the group let their dog sleep in bed with them and have no problem with them lounging on the couch. One in three (34%) even let their four-legged friend follow them to the bathroom while using the toilet or showering.

RELATED: A new study reveals that a dog’s heart rate increases when its owner simply says ‘I love you’

A third of those surveyed (34%) said they have cooked a Thanksgiving meal just for fido, and they don’t want to leave them out of other big holidays either.

47% have dressed up their puppy for Halloween and included their dog in the Christmas photoshoot (also 47%). A quarter of these dogs also have their own Christmas stocking.

One in four (28%) bought their dog a Valentine’s gift to show their love and 37% have thrown a birthday party for them.

CLOCK: The smart Australian Shepherd seems to be smarter than the owner, so he can get two treats

More than half have cooked meals specifically for their dog and seven out of ten want their dog to eat as well, if not better, than they do.

“The survey results reflect what we see every day: People view their pets as members of their family,” said Shawn Buckley, founder of JustFoodForDogs. “Our pets bring us great joy, and while they ask little in return, we only want the best for them, and cooking a nutritionally balanced meal with fresh whole foods demonstrates just that.”

THE BEST ACTS OF LOVE FOR A DOG

BEST METHODS TO CELEBRATE WITH A DOG

Interview: Michelle Phan on Influence and How to Use It