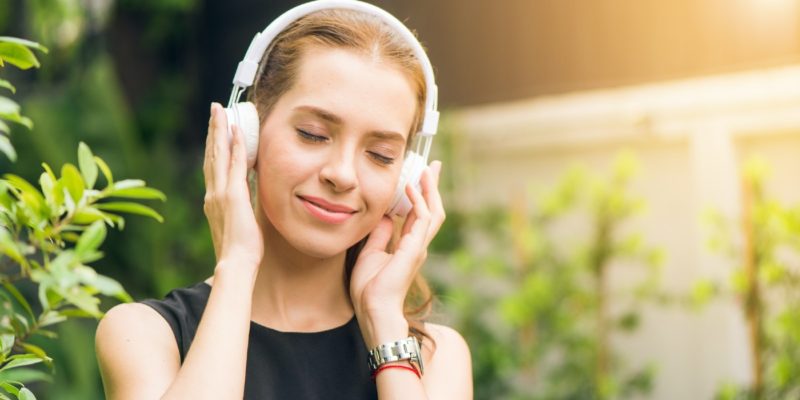 
People who deeply feel the pain or happiness of others differ in the way their brains process music, according to a study.

The researchers found that those with greater empathy process familiar music with greater involvement of the brain’s reward system, as well as in areas responsible for processing social information.

“People with high and low empathy share a lot in common when they listen to music, including roughly equivalent involvement in regions of the brain related to auditory, emotional, and sensory-motor processing,” said lead author Zachary Wallmark, teaching assistant. from SMU Meadows School of the Arts.

But there is at least one significant difference.

Highly empathic people process familiar music with greater involvement of the brain’s social circuits, such as the areas that are activated when they empathize with others. They also seem to experience a greater degree of pleasure when listening, as indicated by greater activation of the reward system.

“This may indicate that music is faintly perceived as a kind of social entity, as a virtual or imagined human presence,” Wallmark said.

Researchers in 2014 reported that about 20 percent of the population is very empathetic. They are especially sensitive people who respond strongly to social and emotional stimuli.

This SMU-UCLA study is the first to find evidence to support a neural explanation for the connection between music and empathy. Furthermore, he is one of the first to use functional magnetic resonance imaging (fMRI) to explore how empathy affects the way we perceive music.

The study indicates that among the most empathetic people, at least, music is not just a form of artistic expression.

“If music wasn’t related to how we process the social world, then we probably wouldn’t have seen a significant difference in brain activation between people with high and low empathy,” said Wallmark, who is director of the MuSci Laboratory at SMU. . , an interdisciplinary research collective that studies, among other things, how music affects the brain.

MORE: Visit this thicket of Nightingale and you’ll hear a musician sing along with them – WATCH the duets

“This tells us that beyond appreciating music as great art, music is about humans interacting with other humans and trying to understand and communicate with each other,” he said.

This may seem obvious.

“But in our culture we have a whole elaborate system of music education and musical thinking that treats music as a kind of disembodied object of aesthetic contemplation,” Wallmark said.

“On the contrary, the results of our study help to explain how music connects us with others. This could have implications for how we understand the role of music in our world and possibly in our evolutionary past. “

The researchers reported their findings in the peer-reviewed journal. Frontiers in behavioral neuroscience, in the article “Neurophysiological Effects of Trait Empathy in Listening to Music”.

“The study shows, on the one hand, the power of empathy to modulate musical perception, a phenomenon that reminds us of the original roots of the concept of empathy: ‘feeling’ a work of art,” said lead author Marco Iacoboni, neuroscientist from the UCLA Semel Institute for Neuroscience and Human Behavior.

“On the other hand,” said Iacoboni, “the study shows the power of music to trigger the same complex social processes that function in the brain and that are at play during human social interactions.”

The participants were 20 college students from UCLA. Each of them was scanned on an MRI machine while listening to excerpts of music that were familiar or unfamiliar to them, and that they liked or disliked. Participants selected familiar music prior to exploration.

Each person then completed a standard questionnaire to assess individual differences in empathy, for example, frequently feeling sympathy for others in danger or imagining themselves in the place of another.

The researchers then made controlled comparisons to see which areas of the brain during music listening correlate with empathy.

Analysis of the brain scans showed that highly empathetic people experienced more activity in the dorsal striatum, part of the brain’s reward system, when listening to familiar music, whether they liked the music or not.

The reward system is related to pleasure and other positive emotions. The malfunctioning of the area can lead to addictive behaviors.

In addition, brain scans of people with the greatest empathy in the study also recorded greater activation in the medial and lateral areas of the prefrontal cortex that are responsible for processing the social world, and in the temporoparietal junction, which is critical for analyzing and understand others. behaviors and intentions.

RELATED: That song stuck in your head is helping the brain with long-term memory

These areas of the brain are usually activated when people interact with or think of other people. Observing its correlation with empathy during listening to music could indicate that music for these listeners functions as a surrogate for a human encounter.

Beyond analyzing the brain scans, the researchers also looked at purely behavioral data: responses to a survey in which listeners were asked to rate the music afterward.

Those data also indicated that people with greater empathy were more passionate about their musical likes and dislikes, such as showing a stronger preference for unfamiliar music.

The precise neurophysiological relationship between empathy and music is largely unexplored

A great deal of research has focused on the cognitive neuroscience of empathy – how we understand and experience other people’s thoughts and emotions. Studies point to a number of areas of the prefrontal, insular, and cingulate cortices as relevant to what brain scientists call social cognition.

The activation of social circuits in the brain varies from one individual to another. People with more empathetic personalities show greater activity in those areas when performing socially relevant tasks, such as seeing a needle penetrate the skin, hearing non-verbal vocal sounds, observing emotional facial expressions, or seeing a loved one in pain.

CHECK: Americans Pick The Best Road Trip Songs Of All Time For Their Summer Playlist

In the field of music psychology, several recent studies have suggested that empathy is related to the intensity of emotional responses to music, listening style, and musical preferences; for example, empathic people are more likely to enjoy sad music.

“This study contributes to a growing body of evidence,” said Wallmark, “that music processing can take advantage of cognitive mechanisms that originally evolved to facilitate social interaction.”

SHARE this fascinating featured research with friends on social media …