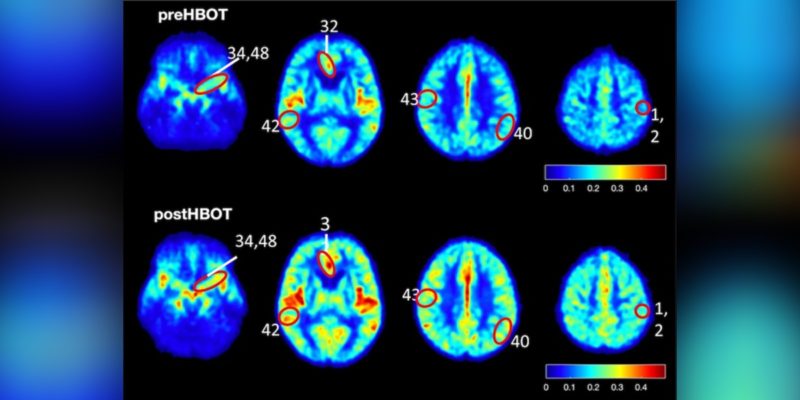 This is the first time in the scientific world that non-drug therapy has been shown to be effective in preventing the core biological processes responsible for the development of Alzheimer’s disease.

The Tel Aviv University study, part of a comprehensive research program targeting aging and the ailments that accompany it as a reversible disease, shows promise for a new strategic approach to Alzheimer’s disease prevention by addressing not just the symptoms or target biomarkers, but rather the core. pathology and biology responsible for the development of the disease.

Hyperbaric medicine is a form of therapy that requires patients to stay in special chambers in which the atmospheric pressure is much higher than that normally experienced at sea level.

In addition, they breathe air made up of 100% oxygen.

Hyperbaric medicine is considered safe and already works to treat an extensive list of medical conditions. In recent years, scientific evidence has indicated that unique hyperbaric therapy protocols are capable of inducing repair of damaged brain tissue and renewed growth of blood vessels and nerve cells in the brain.

The first stage of the study, published in Aging journal, was carried out in an animal model, in the course of which it was conclusively demonstrated by examining brain tissues that a certain therapeutic protocol produces an improvement in vascular function and the creation of new blood vessels.

RELATED: Researchers find that if you have someone to talk to, you could prevent Alzheimer’s disease

It also prevents the deposit of new amyloid plaques in brain cells and even leads to the removal of existing amyloid plaque deposits. Amyloids are insoluble proteins. Deposits of these proteins in the brain are linked to serious degenerative conditions such as Alzheimer’s disease.

In the next stage, the effects of treatment in people over 65 with cognitive impairment were examined, with an emphasis on memory loss, a stage before Alzheimer’s and dementia.

The therapy included a series of 60 single sessions of HBOT in pressure chambers over a period of 90 days.

PLUS: Is this the end of Alzheimer’s? MEND Protocol of Precise Lifestyle Changes Leads to Compelling Clinical Trials

Dr Ronit Shapira said: “The combination of an animal model from which we could learn the pathology of the disease, together with existing and available therapy, raises the hope that we will now be able to fight one of the greatest challenges for human beings. Westerners. world.

“Based on our findings, hyperbaric therapy given at an early age is likely to completely prevent this serious disease.”

ADD the fresh air of hopeful news to friends’ news …