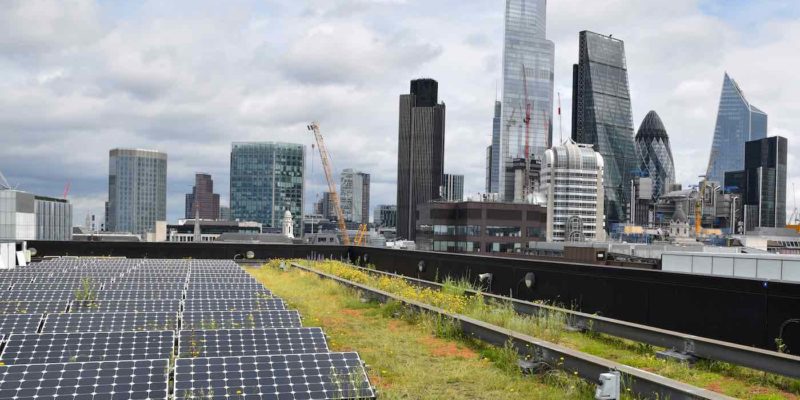 
An extremely rare colony of orchids previously believed to be extinct in Britain has been discovered growing on a rooftop in the City of London.

The small-flowered tongue orchid, or serapias parviflora, It is normally found in the Mediterranean and has not been seen in the UK for over a decade.

But 15 plants have been found in the garden on the 11th floor of the Japanese investment bank Nomura in the city.

It is only the second time this rarity has been recorded in Britain, with an earlier colony found more than 200 miles from Rame Head in Cornwall in 1989.

Unfortunately, the Cornish colony was destroyed in 2009 and the species was thought to have become extinct as a wild plant in the UK.

It is not clear how the orchids got to Nomura’s roof, but Mark Patterson, who manages the roof garden, believes it is plausible that they spontaneously colonized naturally without help.

He said: “Orchid seeds are incredibly small and can travel great distances in the wind. The plants could have originated on the mainland and been brought up the English Channel by the southerly winds that frequently bring deposits of Saharan dust to the capital.

“Once settled on the roof of Nomura, the seeds would have formed a symbiosis with a mycorrhizal fungus, which would have allowed them to germinate and grow. While it is possible, the odds are astronomical. “

Another possible explanation, he said, is that the seeds or young plants could have been carried to the roof in the soil used to create the green roof more than a decade ago.

Plants can take many years to mature when grown in poor, dry soil conditions, which would explain why we are only now seeing plants in bloom. However, he explained, this was less likely.

It is not the first time that rare orchids have been found on the green roofs of the city. Three years ago, Patterson also discovered London’s largest colony of green winged orchids growing on Nomura’s roof.

Two other green-winged orchids have been found on a rooftop on Carnaby Street, and another plant appeared on a rooftop in bustling Islington.

Wild orchids as rare as these face many threats to their survival, including poor land management, overgrazing, trampling by walkers, and being uprooted and stolen by illegal plant pickers.

The earlier known colony in Cornwall had to be kept secret to protect the plants.

This newly discovered colony, which grows on the roof of a bank in the center of town, must be well protected.

He noted that: “This is clear evidence that with patience and dedication, even the most unlikely places can become havens for some of our rarest wild animals.”

Orchids share Nomura’s roof with other rare fauna, including redstart rearing, one of the rarest breeding birds in the UK.

In 2019, the bank and its charity partner St. Mary’s Secret Garden won a Bees Needs Award from DEFRA for their work in improving the roof environment for bees and other wildlife.

The company has also won numerous London in bloom awards for its rooftop gardens.

If You See Blue Jays Often, This Is What It Means »