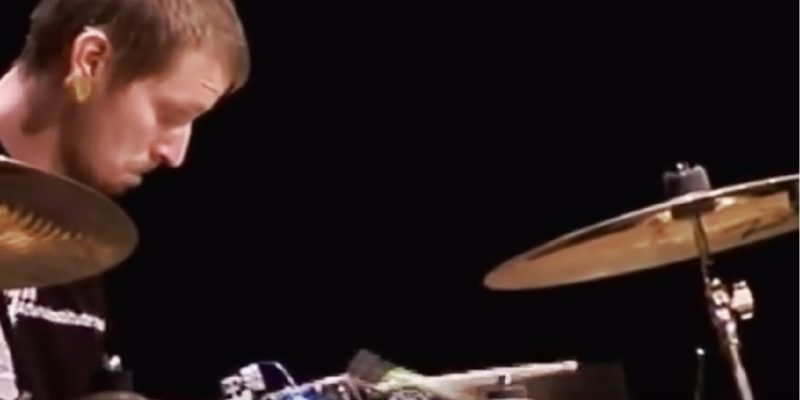 
With the help of an undying love for music and a special prosthetic, a young drummer was able to return to his favorite instrument after losing an arm in an electrical accident.

Jason Barnes lost not only his arm, but also the ability (he thought) to play drums after being severely burned when a transformer exploded while working on it. However, now he’s not just back to drumming, he’s setting world records for most drum hits in one minute and pushing the limits of what robotic prosthetics are capable of.

Known as the “Bionic Drummer,” Barnes’s recovery story began when he tied a drumstick to his cast and began to establish simple rhythms after cleaning up the dust his equipment had accumulated in his garage.

After some success, he built a custom drum-playing prosthesis, one that fit comfortably over his amputation and wore a special mount with springs to assist the drumstick. The springs were tightened to a degree that allowed the drumstick to rock up and down in a manner similar to a drummer’s natural grip technique.

Rick Allen, the one-armed Def Leppard drummer, worked his way back from his infamous car collision with the help of an electronically assisted battery. It would be a similar type of invention that would help Barnes regain his abilities.

Eventually someone told Gil Weinberg, a true genius, chamber music composer and professor at the Georgia Tech School of Music, where he founded the Center for Music Technology. Here he develops artificial creativity for robotics, robot musicians and human augmentation.

RELATED: 10 year old girl challenging Dave Grohl to drum battles has improved the game, with an original song for him

Weinberg gave Barnes a bionic drum arm that allowed him to play 2,400 drum beats in one minute, a world record, all before they began a program to develop a robotic prosthesis that he could control with his mind.

“I am very excited about the idea of ​​human augmentation; about bringing technology to the body and allowing people to explore things that they couldn’t before, “Gil said, in a video interview about Jason Barnes’ story in Great thinking.

Gil and his assistants would eventually team up to use ultrasound and electromyography, which allows electronics to respond to electrical signals sent to the musculature from the brain, to make a second prosthesis that even allowed him to play rudimentary melodies on the piano.

The technology is still new, so Gil and his team at the Georgia School of Music have to make the sensors sharper and in tune with the signals Jason sends to his arm to allow it to work better and faster.

PLUS: The bionic eye, as sensitive as the human retina, can give sight to millions

“I didn’t think I’d be where I am now, especially after my accident,” Jason said. “Little did I know that five or six years later we would be on the verge of developing some of the best amputee technologies, how could anyone envision something like that?”

(WATCH Barnes in action in the Big Think video below).

Sister Cities in Maine And Tuskegee, Alabama, Heal the Racial Divide Between Their White And Black Towns