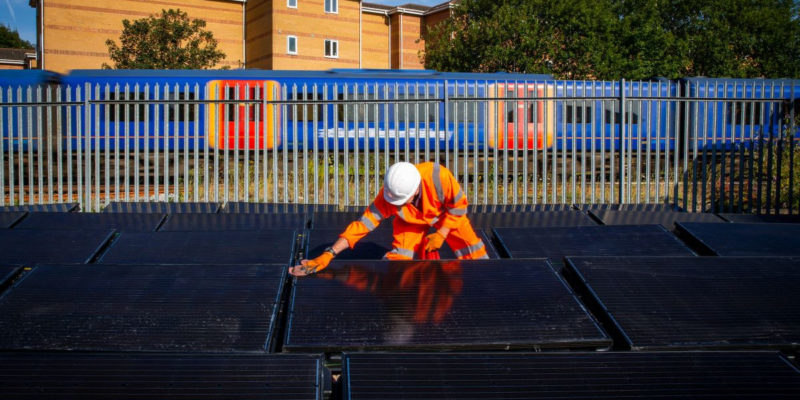 A stretch of railway in Sussex will become the first in the UK to run on community-generated solar power. The scalable project could help decarbonize the grid, while allowing communities to be part of the clean energy transition.

Ride sun rays. The very name has a fairy tale quality to it, and its aim to power the UK’s vast heavy-duty rail network with sunlight could easily be mistaken for a fairy tale in its own right.

But thanks to a combination of technical wizardry, sheer determination, and the backing of partners like Thrive with renewable energy and the Friends Provident Foundation, Riding Sunbeams is anything but fantasy. After a successful pilot, it is now ready for wider deployment, with community-owned energy companies at its core.

So how does it work?

A large amount of electricity is used to power trains on the track, a demand that will increase as the rail network becomes more electrified. Meanwhile, there are a growing number of enthusiastic community solar projects, launched by people interested in encouraging investment in green power generation at their doorstep.

To be viable at a time when solar subsidies have been withdrawn, these projects primarily need to sell their energy directly to a user through a private cable connection. The right customers – that is, those in the vicinity, who are in high demand for energy, are not likely to leave and therefore can offer the prospect of predictable long-term demand – are not always easy to get. As a result, many of these schemes struggle to get off the ground. 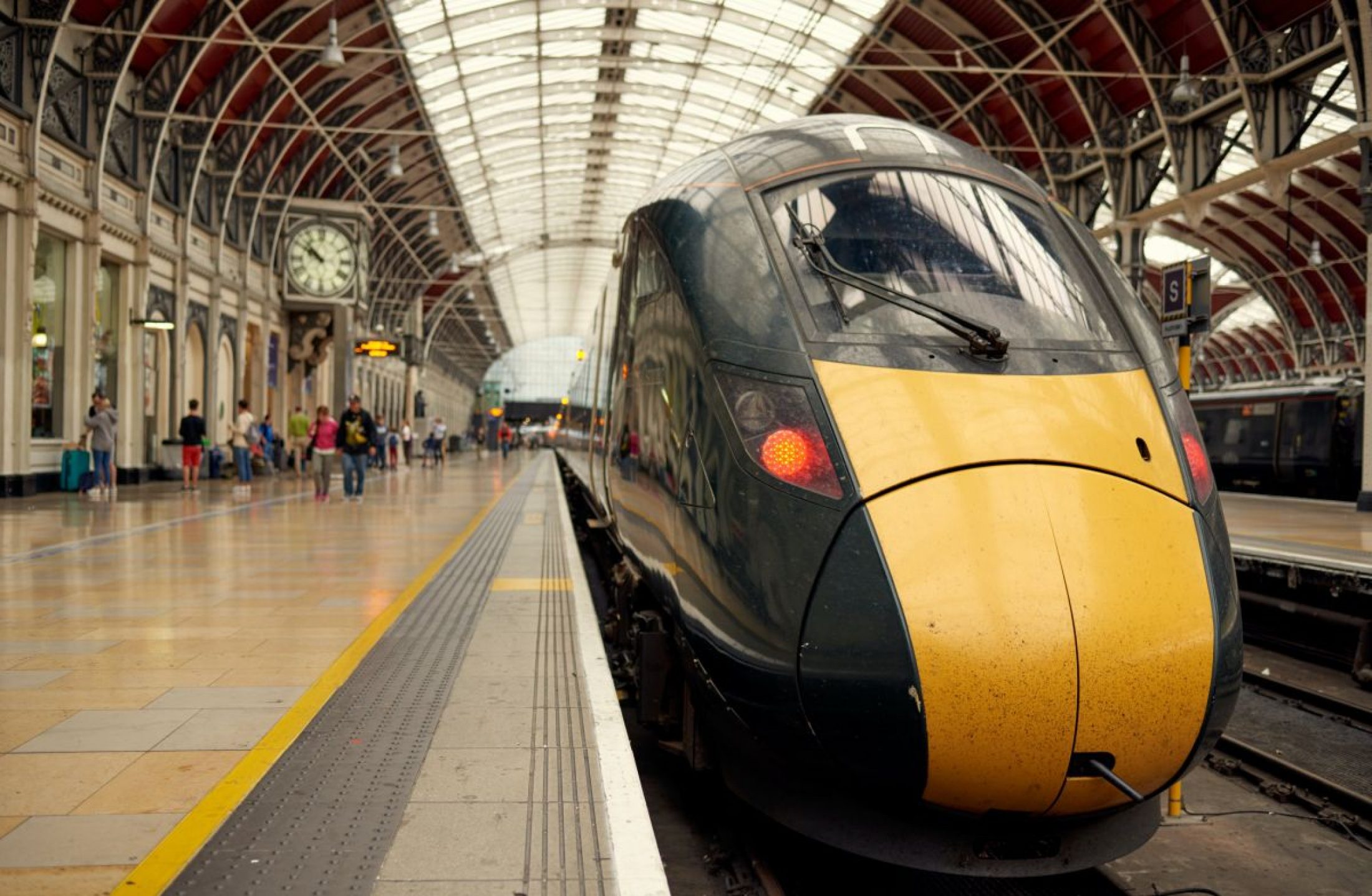 Railroads use a large amount of electricity, a demand that will increase as more tracks are electrified. Image: JJ Jordan

However, fortunately, some are within the range of the rail network. This fact brought a sparkle to the eyes of the climate change charity, Possible (previously 10:10), and Community Energy South, an umbrella group for community groups in the south east of England. They got together, did some serious technical research, and, convinced the idea was a success, with the help of energy experts from Imperial College and elsewhere, combined to establish Riding sunbeams.

Its objective: “to decarbonize the railway traction networks through the development and connection of renewable generation of direct non-subsidized cable with a significant social impact for the communities on the line side.”

An ambitious mission that is easier said than accomplished. First, Network Rail, which owns the tracks and is responsible for electric power, had to join. As Riding Sunbeams first CEO Ivan Stone puts it: “To connect our first live demo site to Aldershot, we built a highly collaborative relationship with Network Rail to demonstrate that we could meet the strict technical and safety standards necessary for us to they even consider connecting to their network. “

We were literally powering trains over a section of the rail network. And that was a world first

But Stone had the shape on his side. It has a track record of executing major infrastructure projects, including rail and air. “I tend to joke on the team that I’m the unreconstituted capitalist developer on the team,” he smiles.

Having someone with that solid corporate experience on board, along with the technical experts that Stone and his team assembled, helped give Network Rail management confidence in the new company.

This was driven by the results of the pilot project in Aldershot, where Riding Sunbeams built a solar farm on vacant lot next to the tracks and proved, to the satisfaction of the railway engineers, that they could indeed supply power to the railway network without problems and, more importantly, also safely . “We were literally propelling the trains over a section of the rail network. And that was a world first, ”says Stone proudly.

Powering up for success

The successful pilot opened up a wide range of possibilities. Railways are the UK’s largest consumer of electricity. Anything that can help them reduce their need for grid power, save money, and at the same time help them meet their goals of decarbonizing their energy use is good news for Network Rail. And what works for them may also work for other advanced users. So Riding Sunbeams and its community energy partners clearly had a market. Now, they needed the means to exploit it. 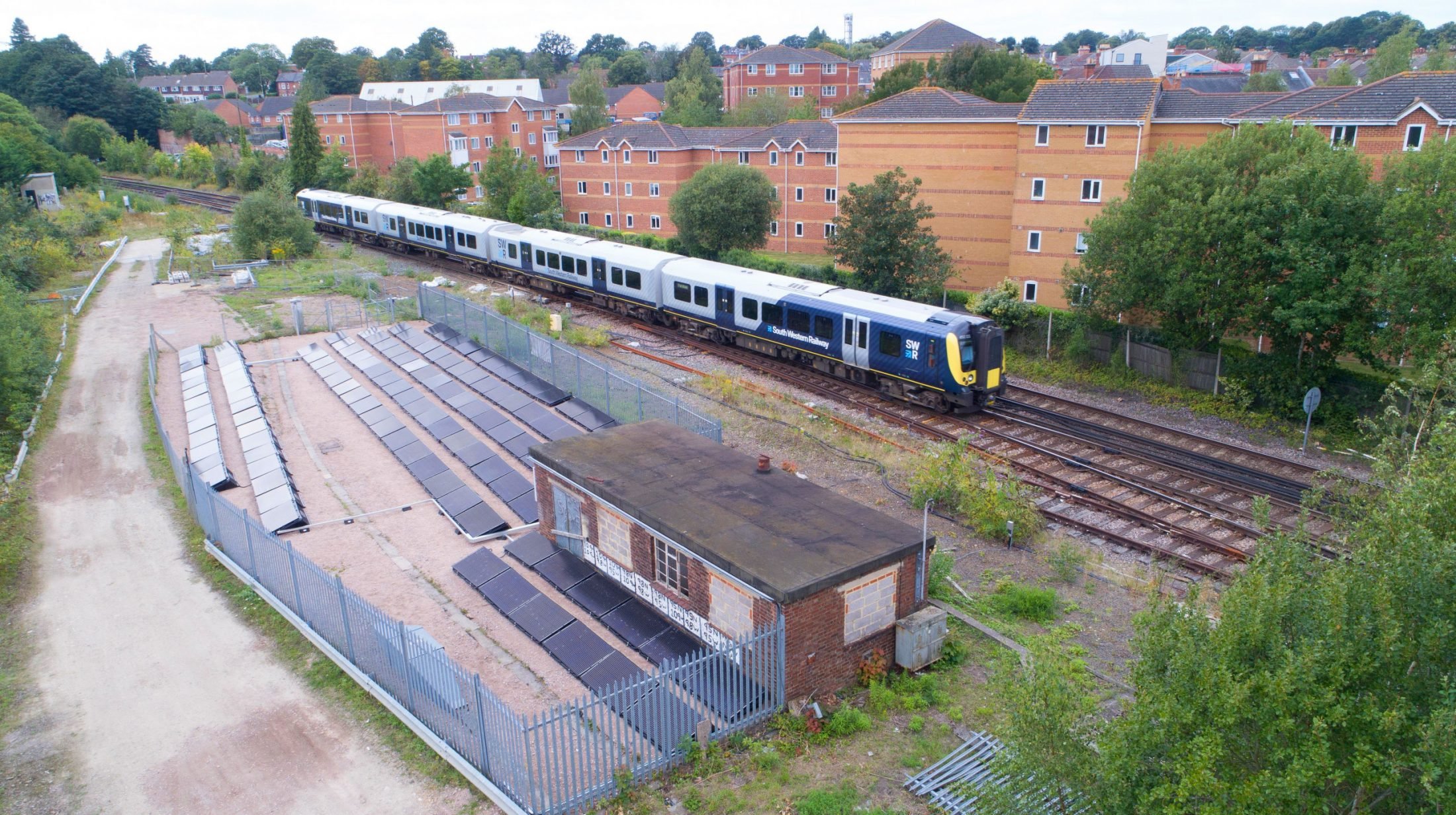 “We have the potential to power 10 percent of the rail network,” says Stone. Image: Thrive Renewables

This was courtesy of Thrive Renewables, which specializes in financing renewable energy projects. “Our strategy is twofold,” explains CEO Matthew Clayton. “We want to deploy more renewable capacity to clean up the UK energy system. And we want to expand ownership of renewable energy to help more people participate directly in the transition to a zero-carbon economy. “

Riding Sunbeams met both requirements and, more importantly, had a strong business model behind it to do so. That also attracted fellow investor Friends Provident Foundation. They had initially supported the pilot plan with a grant, but have now followed through with a commercial investment.

As Colin Baines, Investment Engagement Manager for the foundation says: “We knew it was a fabulous and innovative idea. But many people do. The difference with Riding Sunbeams is that they have people who can make it happen. “

Another shot in the arm came from the UK Government Building Fund, which just announced a £ 2.5m investment.

But it’s not just the strong renewable energy business model that attracted both Baines and Clayton. They were also convinced by the company’s commitment that communities should be at the center of energy supply and benefit from it. This commitment, unusually for a commercial enterprise, is truly enshrined in the Riding Sunbeams governance document.

The first Riding Sunbeams Community Partner to directly benefit will be Cuckmere Community Solar Company in East Sussex. It will feed electricity from its 3.75 MW solar farm directly to the London to Eastbourne line. Its president, Alister Scott, says the “great idea” of selling directly on the railroad has made the solar farm viable for the first time.

We want to expand ownership of renewables to help more people participate in the transition to a zero-carbon economy.

“This is just the beginning,” says Stone. He evokes a vision of “dozens of local community solar farms, generating hundreds of megawatts,” adding: “We have the potential to power 10 percent of the rail network.” It could also go beyond solar energy; the company is already considering powering trains in Wales using a combination of community-owned solar, wind and battery power plants.

It’s a vision that Scott and his fellow pioneers in Sussex are excited to be a part of. “The sheer complexity and terrifying scale of the climate emergency can easily plunge people into discouragement,” he says, “but projects like ours can literally give people ownership of one of the solutions, as shareholders, by buying one. clean local power plant that recycles all profits to help the community.

“We are privileged to be the first project to test this idea.”