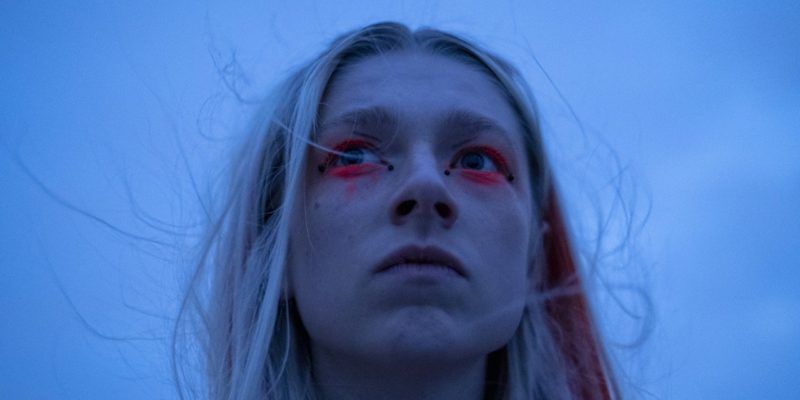 Perhaps this is why so many trans people, like Jules (and myself), experience a surge in creativity when they begin their transition, whether through a name change, new pronouns, or trying out new clothes or makeup. The curious energy and knowledge that something better exists has been bottled up, and when a person starts to transition, it often starts to come out in creative ways.

Before my transition, I kept my hair short and strictly wore jeans, sweats, and solid t-shirts in an effort to not stand out. When I was assigned male at birth in the ’90s, it felt like everything typically coded feminine — heels, nail polish, makeup — was off limits. Thankfully, with representation on shows like Euphoria, the hope is that these societal standards will change and our rigid ideas of gender will loosen, but that change can’t happen quickly enough.

Leveling up (or, beyond Jules)

Jules isn’t the only character on Euphoria creating a new reality through aesthetics, though. Nearly all of her peers are also experimenting with makeup in unique ways, as well. Seeing a trans girl in the company of peers who are also tapping into makeup to become the types of people they aspire to be is revolutionary. (For a deeper look into Maddy, Cassie, Kat, and Rue’s makeup, you can check out an interview with Euphoria’s head makeup artist.)

Through all these characters, Euphoria also shows how fun and transformative makeup can be — if you let it. Covering my eyelids in glitter makes me feel like a deliciously flirty, shiny alien. Mixing purple and orange turns me into a sunset fantasy. When I let red shadow drip from black lipstick, I become a glam monster who eats boys up for breakfast, lunch, dinner, and a midnight snack. I didn’t know these identities were a part of me until I made them, and once I realized how strongly they resonated, I kept returning to them. I’m still creating new ones. I think I always will be.

For so long, makeup was inaccessible to me. Ever since I began fighting to claim makeup as part of my world, I began to realize there was an infinite realm of possibilities at my fingertips, and it would be a shame to not explore makeup as an artistic medium.