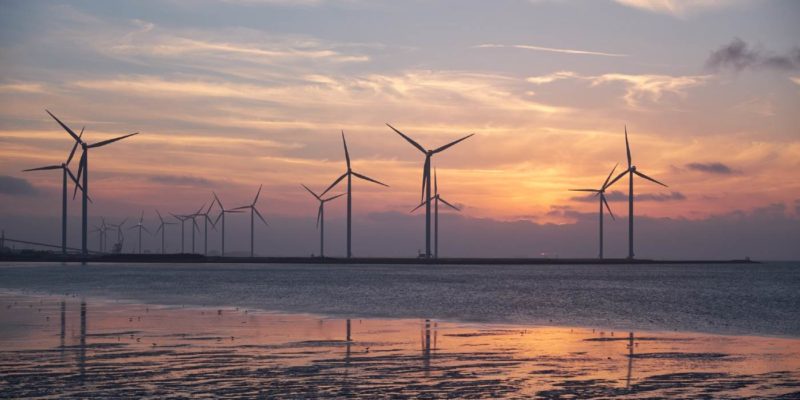 
As soon as old wind turbine blades are becoming a recycling problem, solutions are being presented to solve it.

In Ireland, used wind turbine blades are being reused to build bridges, reinforce concrete and are being proposed as potential noise barriers on roads and coastal wake walls.

The first generation of wind farms is removing their turbine blades. Cast from a plastic and fiberglass fitting, they are essentially non-recyclable. Its projected tonnage waste is expected to reach 2 million by 2050.

However, the fiberglass they are made from is a valuable material used to make things strong and light, and reusing them as raw material means less new fiberglass needs to be produced. Additionally, as next-generation blades look to increase size, strength, and service life, manufacturers are changing fiberglass carbon fiber.

The situation is perfect for innovative uses to eliminate a problem permanently, as the next generation carbon fiber sheets will be more recyclable.

Enter University College Cork in Ireland, and their plan to build a bridge out of old wind turbine blades. That can only be a good thing, as the Emerald Isle will be hit by 11,000 tons of shovels out of service over the next 4 years.

MORE: The World’s Largest Wind Turbine Manufacturer Says All Its Blades Will Soon Be Fully Recycled

The bridge will span the Middleton-Younghal Greenway, a footpath for cyclists and pedestrians in nature.

“The blades are from a decommissioned Nordex N29 turbine, 14 meters long,” said Paul Leahy, professor of wind power engineering at Euro News. “For this bridge, which has a span of 5 m, we cut a short section of the blade. The blades are used as the main structural element of the bridge and are functional in design. “

“However, they are also aesthetically appealing due to their gently curved shape, which is why we believe it will become a feature of interest on the Greenway route. We are also looking for additional repurposed blade products such as outdoor furniture. “

UCC is working with schools in the States on the “Re-Wind” project, which aims to use old blades for other uses, such as coastal wake barriers to protect soils from erosion or to build power transmission towers.

RELATED: The Empire State Building is now 100% powered by the wind, along with 13 other related buildings

Another initiative to recycle shovels is to use them as part of the UK’s developing high-speed rail network built by Skanska Costain Handbag.

Using the shovels to reinforce concrete for various infrastructure constructions, such as access roads, the project developers say this should help reduce carbon costs by 90%.