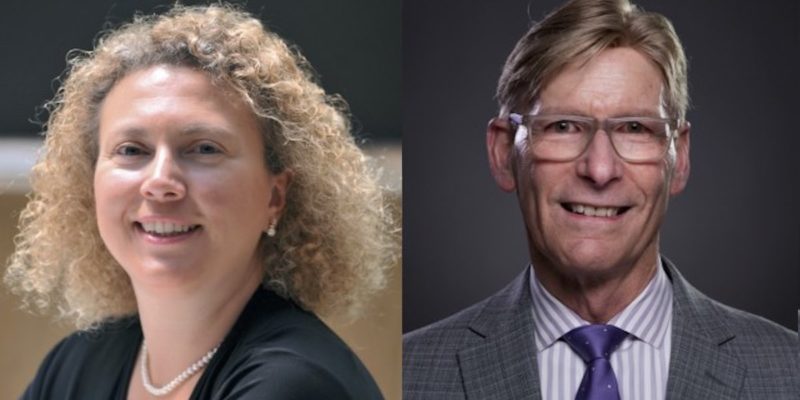 
In a study that used a non-toxic substance in mice, Northwestern University researchers identified the first compound that eliminates the ongoing degeneration of brain neurons in the crippling disease known as ALS.

Amyotrophic lateral sclerosis is a neurodegenerative disease in which upper motor neurons are degraded in victims, leading to rapid and fatal death.

In addition to ALS, other motor neuron diseases, such as hereditary spastic paraplegia (HSP) and primary lateral sclerosis (PLS) progress in a similar way.

“Although upper motor neurons are responsible for the initiation and modulation of movement, and their degeneration is an early event in ALS, until now there has not been a treatment option to improve their health,” said lead author Hande Ozdinler, associate professor. of neurology at Northwestern University Feinberg School of Medicine.

“We have identified the first compound that improves the health of diseased upper motor neurons.”

Ozdinler collaborated with study author Richard B. Silverman, a Northwestern professor of chemistry, and published the results in Clinical and Translational Medicine last month on February 23.

The study began after Silverman identified a compound, NU-9, developed in his laboratory for its ability to reduce protein misfolding in critical cell lines. The compound is non-toxic and crosses the blood-brain barrier.

Compound NU-9 addresses two of the important factors that make upper motor neurons sick in ALS: protein misfolding and protein buildup within the cell. Proteins fold in a unique way to function; when they fold badly, they become toxic to the neuron. Sometimes proteins aggregate within the cell and cause pathology as in the TDP-43 protein pathology. This occurs in about 90% of all the brains of ALS patients and is one of the most common problems in neurodegeneration.

The research team began investigating whether NU-9 could help repair upper motor neurons that become diseased due to increased protein misfolding in ALS. The results in mice were positive. Next, the scientists conducted experiments to reveal how and why diseased upper motor neurons regained their health.

After NU-9 was administered, both the mitochondria (the cell’s energy producer) and the endoplasmic reticulum (the cell’s protein producer) began to regain their health and integrity, resulting in better neuron health . The upper motor neurons were more intact, their cell bodies were larger, and the dendrites were not riddled with holes.

They stopped degenerating so much that diseased neurons became similar to healthy control neurons after 60 days of NU-9 treatment.

Ozdinler and his colleagues will now complete more detailed toxicology and pharmacokinetic studies before starting a phase 1 clinical trial.

What Chemicals Are in Plastic Toys? Here’s What Researchers Found