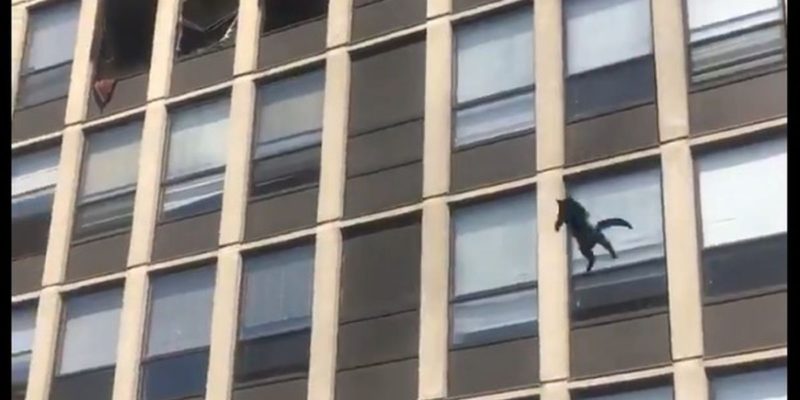 
A cat in Chicago has survived unscathed after jumping from the fifth-floor window of an apartment building that was on fire.

Chicago Fire Department personnel were filming firefighters as they worked to fight the fire when a black feline appeared through smoke coming from a broken window.

CHECK: Newly discovered species of saber-toothed cat was so large that it hunted rhinos in the United States

The cat briefly tested the side of the building with its front paws. It jumped, bounced a little off the grass below. And miraculously walked away.

(LOOK The Guardian video of this incredible moment below).

SHARE this daring video with friends on social media …

Ritual Art that Feeds a Thousand Souls Every Day