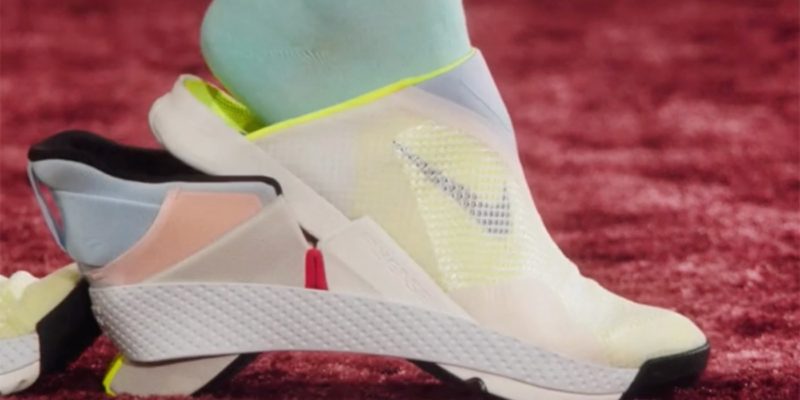 
As many times as Nike has revolutionized footwear, their latest innovator is an option designed not for elite athletes, but to respond to a specific need that has largely been left unaddressed.

Called Flyease Go, it is the first totally hands-free shoe, which wraps and releases your feet solely through natural movement, a bit like Tony Stark putting on the Iron Man suit.

The revolutionary shoe is perfect, says one of Nike’s top designers, for pregnant women in their third trimester, arthritis patients, or those who have lost some or all of the use of their arms, such as stroke victims or injured military veterans.

In a Chipper article on Fast companyNike designer Tobie Hatfield told the story of how in 2008, the world’s largest sportswear and footwear company received the unfortunate news that its first employee had suffered a stroke and could no longer use one of his arms.

Hatfield was commissioned to design a special shoe to accommodate one of his most prized members of his staff, and came up with one that included a zipper and velcro.

Now, the genesis of that idea has led to the creation of Flyease Go, a “daily performance lifestyle shoe,” which is totally hands-free and will launch slowly this year starting at $ 120.

Divided into two halves held by a neoprene tension band, but with a limited two-stage hinge in the middle of the outsole, the shoe or moccasin-shaped front of the shoe arches to a 30 degree angle when the hinge opens when the shoe is not in use.

The heel bends in the same way, but in the opposite direction, and when the foot is inserted into the front in a moccasin shape, a simple pressing movement closes the hinge, readjusting the neoprene band and pulling the two halves together snug around your feet.

In the past, Nike has been inspired by the titans of human athletics – Mohammed Salah, LeBron James and the like – but here they have been inspired by one of the most iconic and universal biomechanical movements of our species.

The rear heel of the shoe has a hard plastic shell that ends in a small ledge, called “the heel of the kickstand”, which is the hands-free mechanism for opening the hinge, and is based on the movement that we all do with our shoes when we don’t feel like untying the laces.

You know what we mean, when you press the back of the heel with one foot to push the foot out of the shoe.

PLUS: Nike designs new sneakers specifically for nurses and doctors who must stand all day

“What I love about this particular shoe is that we listen to the extreme needs of [people with specific limitations]”Says Sarah Reinertsen, Senior Director, Nike Ease Fast company. “But with this solution, we feel that it is a universal proposition.”

“We talk a lot about universal design and what universal design does when it creates an invitation for each and every athlete,” said design director John Hoke. “And when we solve that problem for real, really, well, like I think the Nike Go does, it creates universal appeal. You will not be limited by a single audience. He welcomes any audience because he’s so smart. “

(WATCH Nike’s video below to go ‘behind the design’).

Pass this story on to your friends on social media …