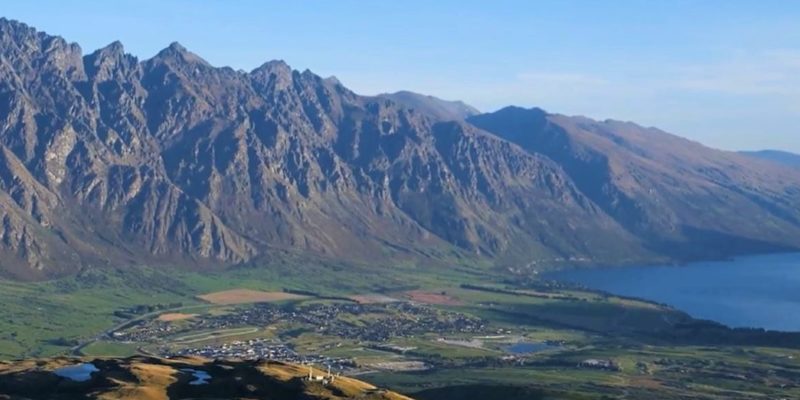 
A married couple from New Zealand have donated their heritage farm property to the state to ensure that people can enjoy the beautiful natural scenery it contains forever.

Owners Dick and Jillian Jardine turned their 2,200-acre (900-hectare) property over to the Queen Elizabeth II National Trust (QEII) “for the benefit and enjoyment of all New Zealanders.” practically repeating the words from Teddy Roosevelt when he spoke about the completion of the Yellowstone National Park Welcome Arch.

“This land has been in the family for almost a century and we have been striving to improve and improve it during this time,” said Dick Jardine. “Having QEII as the caretaker of this property gives us the comfort and security of proudly passing on this gift for all of New Zealand to enjoy and appreciate.”

Bypassing development offers to protect the area as a working pasture, Dick and Jillian gave the local government of Wakatipu, New Zealand’s South Island, something that is becoming increasingly scarce: an open landscape.

RELATED: With 14,000 critical acres added to the Montana Wildlife Reserve, it may become the largest of the 48

Located at the base of a mountain range called Remarkables, the Wakatipu landscape is part of the Central Lakes Region. It boasts extraordinarily expensive real estate and contains the nests of several of the richest people on the planet, including PayPal co-founder Peter Thiel and jewelry giant Michael Hill.

According to the QEII, Jillian Jardine did not want to consign the entire area to become something like Malibu on the South Island.

“We thought about this idea and it just stuck, so it feels like the right thing to do,” he said. “We want to keep it as it is forever, we don’t want buildings or homes everywhere, there are so many homes going on … we want to be part of saving something.”

The land will be open to anyone in 2022, which will be the centennial of the Jardine family’s acquisition, magnificently crushed between the Remarkables Range and a large lake.

The plan for the property is to create a multifunctional wilderness area that can be used for “pastoral agriculture, conservation, public access, and landscape protection.”

“The gift of this property also comes at a time when protecting biodiversity and promoting a connection with nature is more relevant than ever,” says a statement on the QEII website, while Trust CEO Bruce Wills called it “an extraordinarily generous gift to New Zealand and one that will last long after we are all gone.”