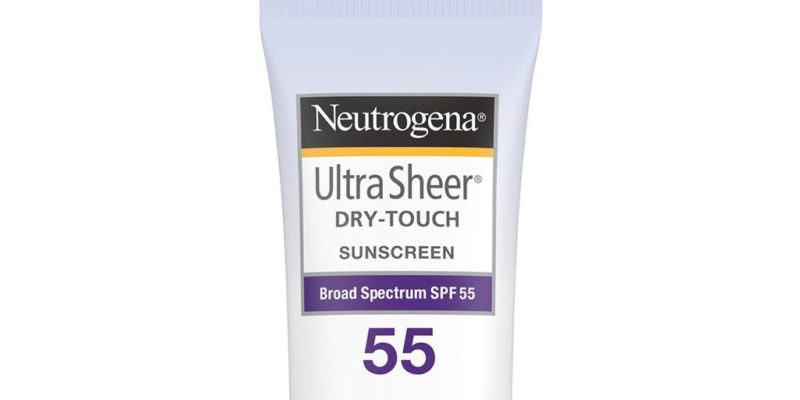 Sun protection is not a topic that I take lightly. Just ask my friends or family members — many of whom have endured my wrath when they’ve come to me with a sunburn. “Well, were you wearing sunscreen?” I always ask, even though I know the answer. When they sheepishly say, “no,” I wax poetic about the importance of wearing sunscreen every single day. Often times, they’ll object and complain that they can’t find one they like, to which I tell them: “Try Neutrogena’s Ultra Sheer Dry-Touch Sunscreen Broad Spectrum SPF 55 and then come talk to me.”

Typically, a week or two later, I’ll receive a thank you text that says it’s the best sunscreen they’ve ever bought. That it’s a life-changer, and they’ll never look back! It’s simply that good.

For starters, it’s super accessible and affordable at $8 for three fluid ounces, so it’s a great option if you’re someone who doesn’t like to splurge on skin care. Then there’s the unbeatable formula: Featherlight and creamy, it sinks into the skin quickly and seamlessly without leaving a dreaded white cast behind. It also dries down matte, which makes it an excellent base for makeup.

Now, since it is matte, one might think it would be best suited for normal and oily skin types, but get this: My skin is as dry as the Sahara desert and it still works. In fact, it feels hydrating. Plus, it never gets stuck in my dry patches, which is a dealbreaker for me. Once it melts into the skin, it’s completely undetectable — no white cast, no weird residue or build-up, and no aggressive sunscreen-y scent. For this reason, it’s become one of the best daily sunscreens I’ve found — and I’ve tried many over the years.

Truthfully, I never thought I’d find a sunscreen that I love to the point that I recommend it to literally everyone. And yet, here we are. Of course, there are countless sunscreen options on the market, but if you’ve been on the hunt for one that’s not only budget-friendly but totally foolproof, then look no further. Regardless of your skin type or color, you can’t go wrong with this time-tested classic. No wonder it won an Allure Readers’ Choice Award.