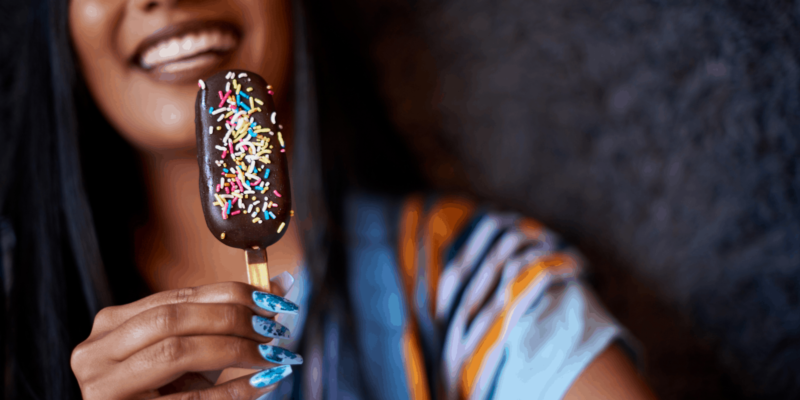 
In a new study, researchers reveal that our sense of taste comes from overlapping and spatially distributed neurons in the brain.

Previously, scientists believed that our taste sensations came from a map with hot spots in the brain’s taste cortex. However, the new research shows that the neural responses that govern taste do not involve specialized populations of neurons. The findings have been published in Current Biology on November 12, 2020.

Facts about the sense of taste

We generally experience four types of flavors: sweet, sour, salty and bitter. However, experts believe that there is also a fifth taste perception, called umami. In Japanese, this word means tasty or delicious and describes any food that is high in glutamate. Soy sauce, tomatoes, seaweed, cheeses, meats, seafood, and mushrooms fall into this category.

Now that you know a little about how our sense of taste works, let’s review the study’s findings.

Study how our brain decodes taste

Previous studies cited that there is a map in the gustatory cortex, which governs our taste perception. However, experts have come up with a controversial new theory on how we decode tastes. They say that this simple map of flavors, or “hot spots” of neurons, does not exist in the cortex of animals. Rather, the Stony Brook researchers’ study says that spatially located clusters of neurons lead to a perception of different tastes.

However, early imaging experiments found evidence that seemed to lean towards the theory of spatially localized groups of neurons. These groups of taste buds formed a flavor map, which sent sweet, sour, salty, or salty signals to the crust. According to this theory, when a group is activated by a specific taste, it would correspond to a certain cerebral sensation.

In the new study, experts debunk this theory and provide evidence of overlapping and spatially distributed neurons.

“Our experiments show that there is no map with hot spots in the gustatory cortex of behaving animals,” says Alfredo Fontanini, MD, Ph.D., principal investigator and chair of the Department of Neurobiology and Behavior at the College of Arts. and Sciences. and the Renaissance School of Medicine at Stony Brook University. Instead, each flavor is represented by spatially distributed sets of neurons scattered throughout the cortex. Neurons can represent one or more taste sensations and form what is called an ensemble code. Basically, neurons act much like the instruments in an orchestra that play different notes, forming a chord. “

Experiment with the sense of taste in mice

The researchers tested their theory repeatedly in mice, offering them various flavors through a small spout. They wanted to see how the neurons in his brain would respond to different sensations. They used calcium imaging in alert mice to analyze how taste and task-related variables react. During the experiments, they collected data on how neurons in the taste cortex responded to different flavors. Unsurprisingly, they found that some neurons responded to a single taste and others to many sensations.

When they analyzed the distribution of responses on multiple spatial scales, they found that sense is uniformly distributed throughout the cortex. They did not observe signs of spatial clustering or hot spot maps corresponding to specific flavors.

“Our findings are important because they address one of the basic organizing principles of brain function,” explains Dr. Fontanini. “Topographic maps are a generalized feature of the organization of the brain. Demonstrating that the spatial organization of taste responses is not as simple as previously believed leads us to reevaluate the neurobiological processes underlying taste perception and taste-related brain functions. “

The data collected in this groundbreaking study shows that our sense of taste it is evenly distributed in the gustatory cortex. Certain tastes do not correspond to specific areas of the crust; rather, the sensations come from spatially distributed neurons. This coding scheme differs from the brain’s organization of the auditory, visual, and somatosensory systems. However, the olfactory system works in a similar way to the taste process.

Final thoughts on the new study showing how we decode taste

Neurobiologists have recently discovered that our sense of taste does not come from certain areas of the cortex. Rather, when we eat something, the neurons in the cortex respond to the sensation. Previously, scientists believed that only certain neurons were activated when they perceived a specific taste. However, new research reveals that the distribution of neurons occurs in a spatial and overlapping pattern.

When we eat, we perceive the taste on our tongue, but it actually happens inside our brain. However, neurons fire so fast that all sensations seem to occur in our mouths. This research shows the complexity and precision of the human body and that we still have a lot to learn!

While it May Seem Too Simple, Science Shows Light Lamp Therapy for Treating SAD During Winter Can Work