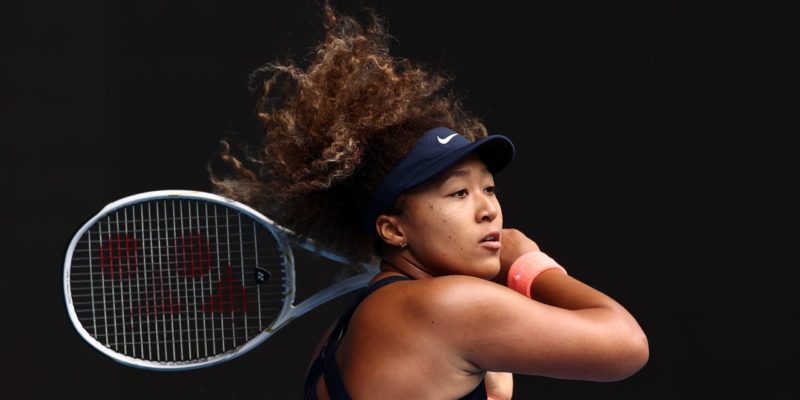 Naomi Osaka is always turning heads both on and off the tennis court, and the 2021 ESPY Awards were no exception. The four-time Grand Slam Champion attended the ceremony on Saturday, July 10, in New York City and won the award for best female athlete, but we think her glam for the night was just as award-worthy.

On Sunday, July 11, Osaka shared a series of photos and videos on her Instagram grid of the momentous occasion, but one detail from her look stood out among the rest: the turquoise jewels on her baby hairs, which are color-coordinating with her mid-length pencil skirt.

The hairstylist behind Osaka’s elegantly bejeweled baby hairs is Martin-Christopher Harper. Harper also took to Instagram to share some behind-the-scenes moments ahead of the award show, which included some video footage of himself combing Osaka’s long, blonde ponytail. It’s not clear exactly which hair tools were used to create this look, but Harper did share in his Instagram post that he used a Tangleteezer brush in the process. He also reveals via a press release that he used Sebastian Professional products to style the look.

Although we’re oh-so-in-love with Osaka’s bedazzled baby hairs, her makeup artist Jessica Smalls-Langston also aced it with her eye makeup. Smalls-Langston shared via a press release that she wanted to create a look “that brings out the best of [Osaka’s] naturally gorgeous features with a focus on her eyes.”

To emphasize Osaka’s almond-shaped brown eyes, Smalls-Langston used false lashes from Kiss, specifically the MLBB (My Lash But Better) Lashes in Blessed paired with the Kiss Lash Glueliner in black (Smalls-Langston is a Kiss partner). “The thin band melted seamlessly into Naomi’s own lashes and gave the extra volume needed to give the perfect glam lash,” Smalls-Langston writes in an Instagram post.

We can go on and on about how incredible Osaka looked at this year’s ESPYs, but for now, we’ll just let this one final headshot from her makeup artist do the talking.

Now, see how eye makeup has evolved within the past 100 years: