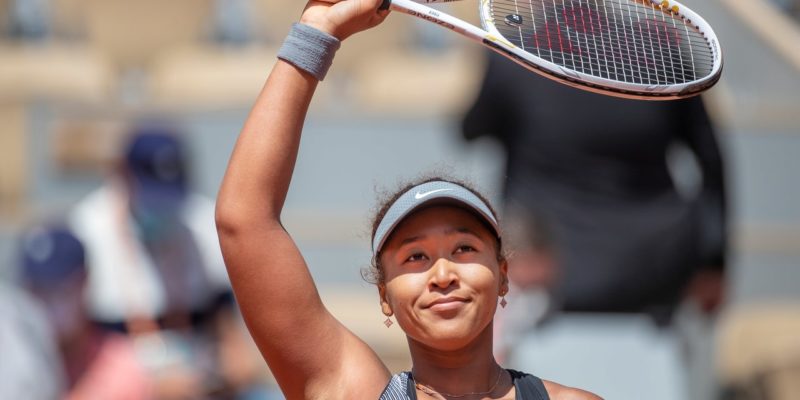 It hasn’t even been two weeks since we saw Naomi Osaka serving some serious looks on the red carpet at the 2021 ESPY Awards, and she is back at it with another swoon-worthy hairstyle at the 2021 Olympics Opening Ceremony. On Friday, July 23, the Team Japan tennis player posted a series of photos on her Instagram feed showing her lighting the Olympic Torch while wearing some gorgeous box braids.

The series of photos is accompanied by a heartfelt caption that reads, “Undoubtedly the greatest athletic achievement and honor I will ever have in my life. I have no words to describe the feelings I have right now but I do know I am currently filled with gratefulness and thankfulness. love you guys thank you.” The six photos show Osaka processing [PROCEEDING? NOT SURE WHAT YOU MEAN HERE] to the torch, climbing up the stairs to the podium upon which it stands, and even include some shots of her hair from the back, providing us with more than enough views of her beautiful locks.

Though we’ve seen Osaka wear braids before (and it seems to be a favorite style of hers), these braids are dyed red. She didn’t specify in her Instagram post as to why her braids are dyed red, but we can only assume it’s a nod to the red circle on the Japanese flag. Her red locks even coordinate nicely with the red stripes on her shirt and shorts.

It’s unclear as to who the hairstylist behind these braids is because Osaka did not tag one. Team USA gymnast Simone Biles revealed via Instagram that all athletes are doing their own hair and makeup at this year’s games, so is it possible that she did them herself? Or did she have them styled and dyed prior to arriving in Tokyo?

Whoever is responsible for this look, well done. In our hearts, Osaka’s box braids have already taken home a gold medal.

Now, watch this six step routine on how to wash jumbo box braids: