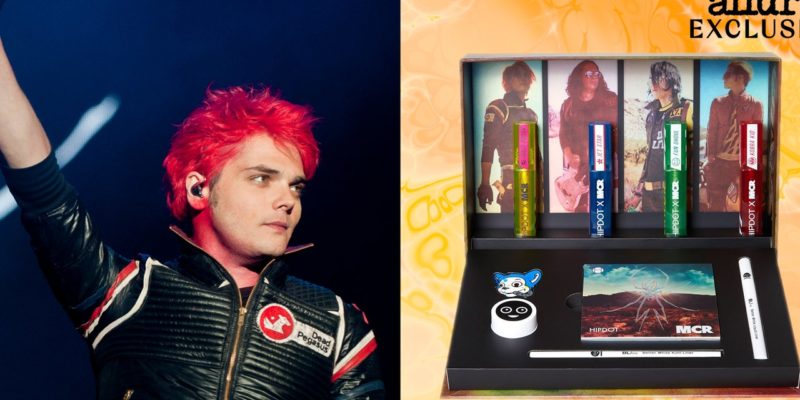 Emo tears flowed across the country in December 2020 when My Chemical Romance‘s Three Cheers for Sweet Revenge makeup collection with HipDot sold out almost immediately after its release. But now, fans of the band will have a second chance because the dream team has created a second collection based on another one of the band’s beloved albums: Danger Days.

The makeup brand helped the band translate its most experimental and colorful era into a four-piece collection featuring an eye shadow palette, an eyeliner duo, an eye primer, and a lipgloss set — you can buy them all individually or in a $98 vault. HipDot gave Allure the exclusive details on every single piece, which can you see below.

The Art Is the Weapon Eye Shadow Palette, $24

Seeing as the in-your-face aesthetics — the outfits, makeup, and even Gerard Way’s hair — from the Danger Days era were the band’s most vibrant, it only makes sense that its corresponding eye shadow palette would come stacked with neons in green, red, yellow, orange, and pink hues. Pair those with a couple of daring metallics and one rich brown transition shade and you’ve got everything you need to create a “Na Na Na”-inspired eye look.