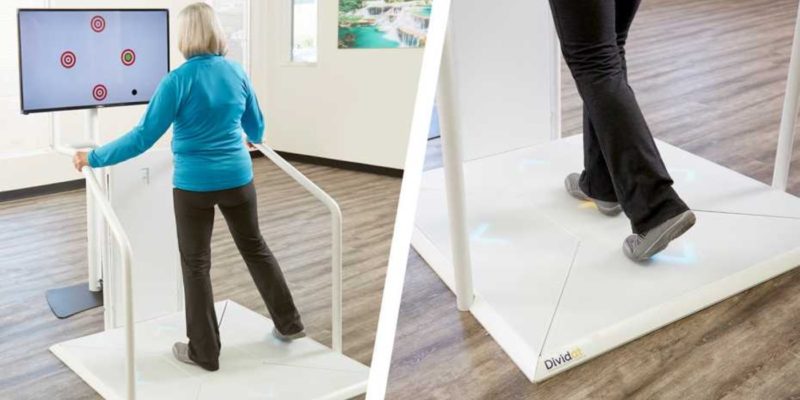 
Cognitive-motor training helps in the fight against Alzheimer’s and dementia, as demonstrated for the first time by a study carried out by an international team of researchers.

A diagnosis of dementia turns the world upside down, not only for the affected person but also for their family members, as brain function gradually deteriorates. Those affected lose the ability to plan, remember things, or behave appropriately.

At the same time, his motor skills also deteriorate. Ultimately, dementia patients can no longer cope with daily life alone and need comprehensive care. In Switzerland alone, more than 150,000 people share this fate and each year another 30,000 new cases are diagnosed.

To date, all attempts to find a drug to cure this disease have failed. Dementia, including Alzheimer’s disease, the most common of several forms of dementia, remains incurable. However, a clinical study conducted in Belgium has shown for the first time that cognitive motor training improves the cognitive and physical abilities of significantly impaired dementia patients. The study used a fitness game, known as “Exergame”, developed by the Dividat division of ETH Zurich.

Better cognitive ability thanks to training

In 2015, a team of scientists led by ETH Zurich researcher Patrick Eggenberger showed that older people who train the body and mind simultaneously demonstrate better cognitive performance and therefore can also prevent cognitive decline. However, this study was carried out only in healthy subjects.

“It has been suspected for some time that physical and cognitive training also have a positive effect on dementia,” explains de Bruin, who worked with Eggenberger at the Institute for Human Movement and Sport Sciences at ETH Zurich. “However, in the past it has been difficult to motivate dementia patients to engage in physical activity for long periods of time.”

With a view to changing this, Eva van het Reve, a former ETH Zurich PhD student, founded the spin-off Dividat in 2013 together with her PhD supervisor Eling de Bruin and another PhD student. “We wanted to design a personalized training program that would improve the lives of older people,” says van het Reve. Fun exercises were developed in order to encourage people who were already experiencing physical and cognitive impairments to participate in training, and thus the Senso training platform was born.

RELATED: Nigerian-Irish Teens Develop An App For People With Dementia Facing Confinement, And It Has Won Awards

The platform consists of a screen with the game software and a floor panel with four fields that measure steps, weight displacement and balance. Users attempt to complete a sequence of foot movements as indicated on the screen, allowing them to train both physical movement and cognitive function simultaneously. The fact that the fitness game is also fun makes it easier to motivate subjects to practice regularly.

An international team recruited 45 subjects for the study. The subjects were residents of two Belgian nursing homes, with a mean age of 85 years at the time of the study and all with severe symptoms of dementia.

“The participants were divided into two groups at random,” explains de Bruin. “The first group trained for 15 minutes on the Dividat Senso three times a week for eight weeks, while the second group listened to and watched music videos of their choice.”

After the eight-week training program, all subjects’ physical, cognitive, and mental abilities were measured compared to the start of the study.

Regular play has an effect

The results offer hope to dementia patients and their families: training with this machine actually improved cognitive skills, such as attention, concentration, memory and orientation. “For the first time, there is hope that through directed play we can not only delay but also weaken the symptoms of dementia,” emphasizes de Bruin.

It is particularly surprising that the control group deteriorated further over the eight week period, while significant improvements were recorded in the training group. “These very encouraging results are in line with the expectation that dementia patients are more likely to deteriorate without training,” adds de Bruin.

But playful training doesn’t just have a positive impact on cognitive ability. The researchers were also able to measure positive effects on physical ability, such as reaction time. After just eight weeks, the subjects in the training group reacted significantly faster, while the control group deteriorated. This is encouraging because the speed with which older people respond to impulses is critical in determining whether they can avoid a fall.

A better understanding of brain processes.

The research group led by De Bruin is currently working to replicate the results of this pilot study with people with mild cognitive impairment, a precursor to dementia. The goal is to use MRIs to more closely investigate the neural processes in the brain responsible for cognitive and physical enhancement.

SHARE the hopeful news of this investigation with friends …