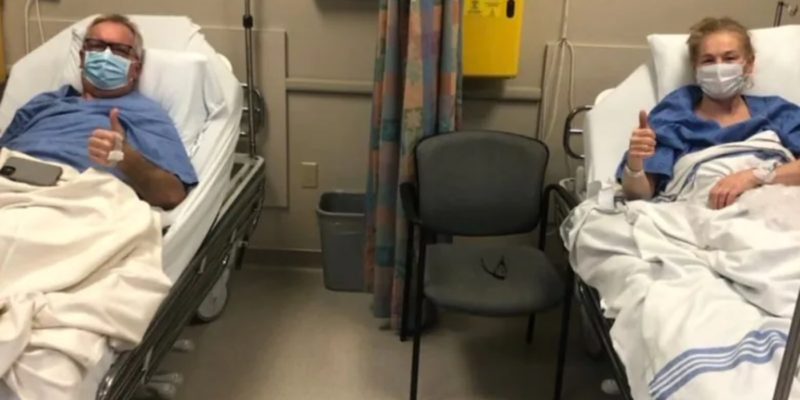 
To succeed in any professional sport requires skill, determination and practice. Having someone who believes in you and goes out of their way to help you can make the difference between living the dream or hanging up your skates.

Throughout the many years that Graham Nesbitt ran the local skating rink in Seaforth, Ontario, he routinely went beyond his duty – to open the rink early, stay up late, and even in the face of snow storms, to make sure the Neighborhood kids could get in as many hours on the ice as possible.

No one is more aware of or as grateful for Nesbitt’s dedication than Bonnie O’Reilly. His two sons, Ryan and Cal, who skated under Nesbitt’s watchful eye, went on to play in the NHL.

Ryan is the captain of the St. Louis Blues, winner of the Stanley Cup. Cal is currently on the Lehigh Valley Phantoms list.

Although it was pulled from the Seaforth track in 2003, when the community learned that Nesbitt needed a kidney donation, local people lined up to get tested to see if they could be a match. One of those people was Bonnie O’Reilly.

PLUS: ‘She’s our miracle’: this Minnesota teacher donated a kidney to the school’s janitor

Nesbitt was diagnosed with Berger’s disease nine years ago. A progressive condition that decreases the kidneys’ ability to filter blood, in 2019 the drug that kept his disease under control was no longer working. A kidney transplant became the only survival option for the 65-year-old.

Once O’Reilly found out he was a match, the only thing left to do was arrange the surgery. “She says ‘What you’ve done for my kids, helping them achieve their goal of playing professional hockey, is the least we can do,'” Nesbitt’s son Joe said, quoting O’Reilly in a conversation with CBC.

We want to tell you to get well soon to Bonnie O’Reilly, who is recovering from surgery today after donating a kidney to a family friend.

That friend used to open the city rink early so Ryan and his brother, Cal, could skate when they were kids.

The transplant took place just a couple of weeks ago, on March 3. Both O’Reilly and Nesbitt made it through the procedure in good shape and were soon on the road to recovery.

Nesbitt’s wife, Pam, deeply touched by O’Reilly’s generosity, posted her thanks on Facebook: “From our family to you and yours Bonnie, thank you for the gift of your life … Your selfless act means more than what you’ll never know. “

“Something my dad always taught me is to be kind, helpful and generous to everyone,” Joe Nesbitt told CBC. “It just shows that thoughtful acts and caring for people pay off. It really paid off for my father and it saved his life. “

So why is good karma like an ice rink? Because what goes around comes around.

TRANSMIT the positive story of friendship to your friends …

‘Braver than I gave myself credit for’: what Positive News readers learned in lockdown