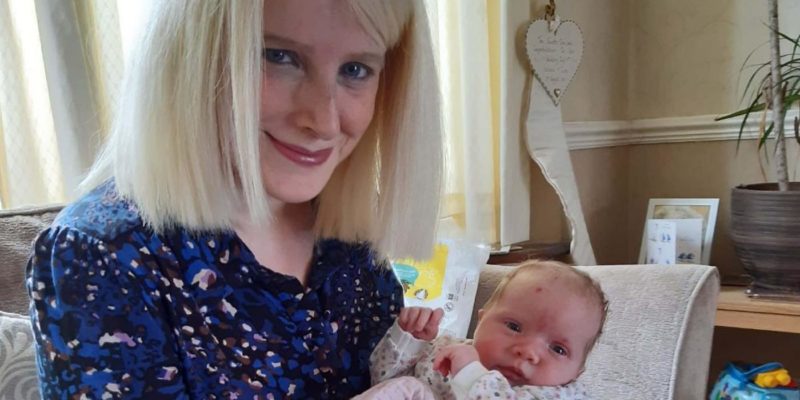 
For a fetus, spina bifida, a birth defect in which the spinal cord does not develop or does not close properly, is a devastating diagnosis. Until recently, doctors couldn’t try to correct the condition until after the baby was born. Even with postpartum medical intervention, the outcome was not always good.

Now, however, thanks to some amazing advances in prenatal surgery, operations performed in the uterus are yielding much more promising results.

Doctors theorize that the longer spinal tissue is left exposed to amniotic fluid in the uterus, the greater the damage to the nerves, which can lead to permanent paralysis of the legs, loss of sensation and lack of function in the kidneys. the bladder and intestines. .

Corrective procedures performed during the second trimester (usually between 23 and 26 weeks) are reported to minimize nerve damage and mitigate long-term health problems, giving many babies with spina bifida hope of carrying a almost normal life.

Helena Purcell, an expectant mother in the UK, learned that her unborn daughter had spina bifida and hydrocephalus (an abnormal accumulation of fluid in the brain) during a routine 20-week scan. Half of the baby’s spine was exposed by a large injury. They told her that the chances of her son ever walking were slim and that he would likely have incontinence for his entire life.

Within days of hearing that grim prognosis, Helena was screened by the National Health Service (NHS) to see if she qualified for their life-changing uterine surgery program, and was approved. “I knew that if they didn’t operate on me, the quality of their life would be very different,” Purcell told the BBC.

Purcell was 23 weeks pregnant when she arrived in Belgium, where the surgery was to be performed. About 30 specialists and doctors from the hospitals of University College London, Great Ormond Street Hospital for Children and University Hospitals Leuven participated in the procedure.

The team included fetal and pediatric surgeons, neurosurgeons, anesthesiologists, obstetricians, radiologists, and a cleaning team. There were even neonatologists available in case Purcell’s baby had to be born (which she didn’t).

Three months later, Helena’s daughter Mila (short for Milagro which means “miracle” in Spanish) was born. While he still has some fluid retention in his brain, his development is otherwise good.

“I cannot explain the huge difference [this] has had for my family. The NHS doctors are heroes in my eyes, and the surgery they did is just mind blowing, “said Purcell. Sky News. “If it weren’t for them, Mila would be paralyzed … I’m so grateful that she had this opportunity.”

Born in the USA

The NHS reports that since January 2020, 32 British babies and their mothers have undergone the dual surgical procedure, but the operation is also being performed successfully in the United States.

A 20-week ultrasound revealed that Mallorie and Chris Deruyter’s son, Max, had spina bifida. The couple’s doctors from Wisconsin sent Mallorie to Lurie Children’s Hospital of Chicago for further treatment.

While the operation, known as “closed fetoscopic repair,” is much less invasive than previous procedures, Mallorie still ran the risk of the preterm labor that surgery sometimes induces.

“When I first heard that, I actually thought there was no way I would have surgery. I thought it was absolutely insane, “Mallorie said. WGN 9 News. “And then the more I investigated, the more I realized that this was going to give him the best life.”

After the seven-hour operation, led by fetal neurosurgeon Dr. Robin Bowman and pediatric surgeon Dr. Aimen Shaaban, the mother and fetus were fine. The Deruyters went home to Green Bay, but were ready to return to Lurie for a C-section when the pregnancy reached 39 weeks.

The baby had other plans. Mallorie went into labor and Max arrived at 3 am before the scheduled cesarean, with no complications.

Back home, Max is thriving. “The possibility of a really normal life for him really seems obvious,” Chris said. WGN. “You can see that he is going to be a happy and prosperous little boy. I don’t think we would have done it any other way. “

Meanwhile, in Florida, along with MRIs and ultrasounds, surgeons are using 3D-printed “virtual” babies as tools to better guide them through the complex procedure.

Orlando Health Winnie Palmer Hospital for Women and Babies in Florida is one of the state-of-the-art facilities employing new technology. Working in conjunction with Orlando-based Digital Anatomy Simulations for Healthcare (DASH), 25 fetal models have been created since 2018.

“3D reconstruction of the fetus can really educate the surgeon on the actual shape, size, and location of the spinal injury, as well as prepare the surgeon to have the proper equipment ready to surgically treat this condition,” said Dr. Samer. Elbabaa, Orlando Health Medical Director of Pediatric Neurosurgery said in a statement.

“It’s a level of detail that we can’t see in traditional imaging, but it’s extremely valuable in these cases where we can’t actually see the defect before surgery.”

“Fetal models not only help surgeons plan things like where to make an incision and how to repair the defect, but they also help reduce the length of surgery to limit exposure to the developing baby,” said the CEO of DASH, Jack Stubbs.

READ: This blind mom was able to ‘see’ her adorable unborn baby thanks to a 3D printed ultrasound

Jocelyn Rodriguez, a Winnie Palmer patient, discovered that the baby she and her husband Jared were expecting had spina bifida when he was 18 weeks old. The couple say that 3D technology allowed them to better understand what was happening with the pregnancy and also feel more positive about going through with the procedure.

Although Jocelyn has not reached her due date, subsequent check-ups since the surgery reveal that the baby’s condition has improved tremendously.

“He’s been kicking, wiggling his toes, wiggling his ankles,” he said. “He loves to have hiccups. I mean, everything we could have wished for has definitely happened. “

SHARE this exciting trailer with friends on social media …

Flying Squirrel as Big As a Cat Discovered in Himalayas, ‘One of the least known mammals on Earth’