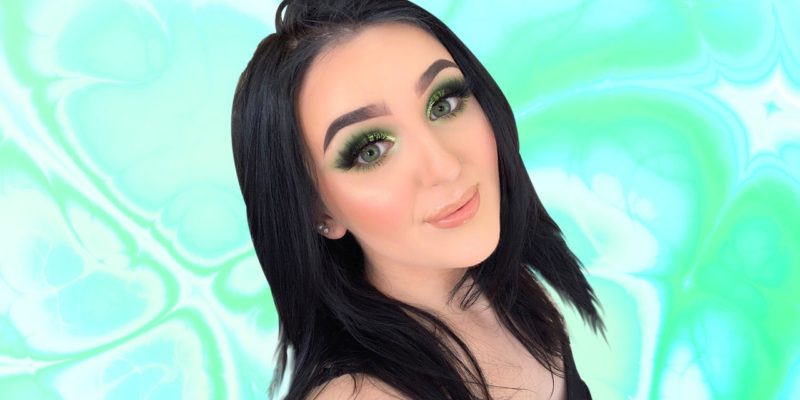 Two hours before I sit down to write this, makeup artist Mikayla Nogueira posts a video on TikTok saying that she’s just 1,000 followers away from hitting four million. I take a break to heat a leftover chicken quesadilla for lunch, and by the time the cheese has melted, she’s reached the goal. Though the 22-year-old’s massive following might lead you to believe otherwise, she’s only been on the platform for about a year. Some quick math tells me that equates to about 11,000 new followers every single day.

Of course, if you charted her growth on the platform, certain days would show a more dramatic spike than others, like when Nogueira posted what she calls “the video that changed my life,” a 60-second clip on how she covers her acne. She estimates she gained about 300,000 followers immediately after posting it.

Followers certainly flock to Nogueira’s page to watch — and learn — from her makeup skills, but it’s her no-bullshit attitude, genuine gratitude, and charming New England accent (you’ll fall in love with the way she says “glittah”) that’s made her one of TikTok’s most beloved personalities. Nogueira’s continued success (she has a “dream collab” coming out with a brand soon, and just signed to a major agency) can teach us all about the importance of staying true to oneself on social media. Here, in her own words, are just a few snippets of her story.

Mikayla Nogueira: My mom had a friend who sold Avon. I was only 10-years-old, but my mom handed me an Avon catalog and I circled a bunch of stuff. I thought, ‘Why not try it out?’ And the rest is absolutely history. The first time I put makeup on, that was it. When I was 15, I entered a competition called DECA and made a 50-page business plan for freelance online beauty consultations and services. I entered the Boston competition, and I won. And then I got to go down to Florida and present it to more people.