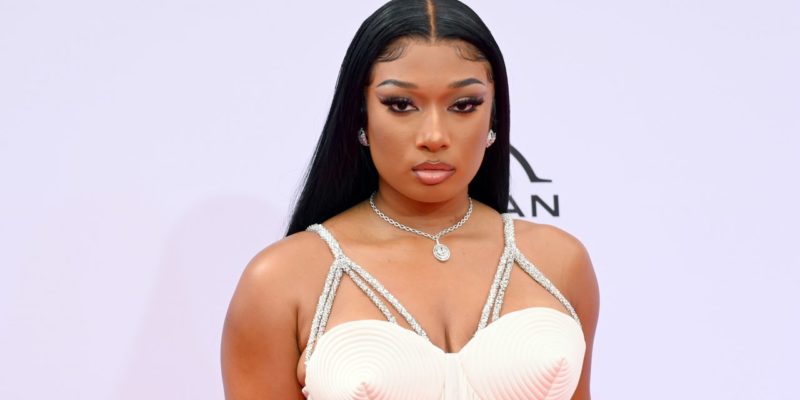 Among all the incredible wigs she wears, it’s a little bit rare that we get a close-up look of Megan Thee Stallion‘s gorgeous natural curls. Last time we checked, she gave an us update on her natural hair growth in March 2021 via Instagram. Since then, it’s been getting longer — and now, nearly five months later, she’s back with a cheeky update on her hair’s progress.

On Wednesday, August 4, Megan shared five photos of herself posing in some Calvin Klein bras and underwear with the caption, “#mycalvins,” on her Instagram. The photos are part of an ad campaign for the brand (she has appeared in the brand’s campaigns in the past, too).

There’s no doubt in our minds that Megan looks absolutely stunning in these Calvin sets, but her hair deserves a standing ovation as well. Each photo manages to capture her curls in all their voluminous beauty at various angles. From what we can see, they have definitely reached new lengths since the update she last shared.

Megan didn’t tag a hairstylist, so we’re not sure who’s behind styling the rapper’s natural curls to perfection. While we know that she loves a great wig such as her prior purple-colored bob or the long white-blonde number that came down below her shoulders, but her hair au naturel is equally gorgeous.

This update was not only a pleasant surprise to us but also to her fans. The comments have been rolling in with all the love for these photos. One fan even commented, “Like if ure breathing rn.” Do we even need to say more?

Wisconsin Town Falls in Love With Giant Beach Ball, Rolling it to Different Streets After Signing It