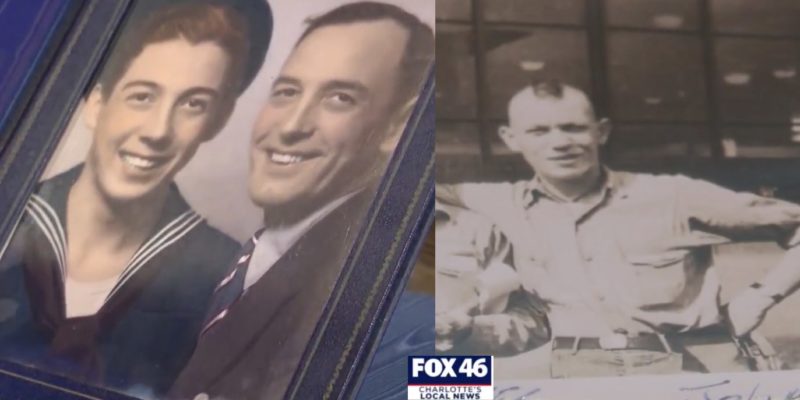 
You can find the most amazing things, from valuable artifacts to kitschy treasures, when you are diving in a dumpster. But sometimes the trash dragging produces a truly priceless relic, like a hero’s personal story.

United States Navy veteran Donald Helfer flew 28 missions over enemy territory during World War II and was decorated for his bravery. Along with the Navy Flying Cross and a Bronze Star, Helfer even received a moving letter from Harry Truman in which the president expressed his gratitude for helping “bring about the total defeat of the enemy” and offering the “sincere thanks of a grateful nation” . “

But Helfer was never one to seek glory. After leaving the military, he became a police officer in upstate New York and eventually retired to Florida. He passed away in 1993, taking the memories of his impressive military accomplishments with him, almost.

While Helfer’s sons were aware of their father’s stint in the navy, they never knew the true nature of his service. However, they were about to make an incredible discovery about their forgotten legacy, all thanks to a serendipitous find in a dumpster in Hickory, North Carolina.

When a treasure trove of Helfer’s personal items, including medals, photographs, identification, and military records, turned up in Hickory’s dumpster, the man who found them immediately recognized their value. (Helfer’s effects were probably discarded by whoever classified Hickory’s inheritance from his late second wife as “not worth keeping”).

PLUS: The lost postcard of the D-Day hero finally delivered to his family 77 years after it was sent

The seeker turned the cache over to the Navy vet and US Legion 544 Commander Jeff Truitt to keep until they could find Helfer’s relatives. Truitt was able to locate Helfer’s adult children in Rochester, New York, and his daughter, Linda Delorey, who lived in North Wilkesboro, North Carolina.

“This could have been left in the trash, but maybe this family can now have closure and learn a few things about what their father did,” Truitt said. FOX News 46. “He was a hero.”

At the end of last February, Delorey drove from Wilkesboro to Hickory to meet Truitt. Delorey was amazed as she turned the pages of the neatly organized folder that Truitt had assembled with her father’s treasured memories.

Along with never-before-seen snapshots of her father, for the first time Delorey also saw a photo of her grandfather. It was as if the story was unfolding before his eyes. Now that the family treasure has been restored, Delorey plans to share the bounty with her relatives as soon as she can.

“This guy was a hero in WWII,” Truitt said. FOX. “He was just one of the millions who served, and that is his story that can now be told forever.”

(CLOCK the Fox 46 News video on Truitt below.)