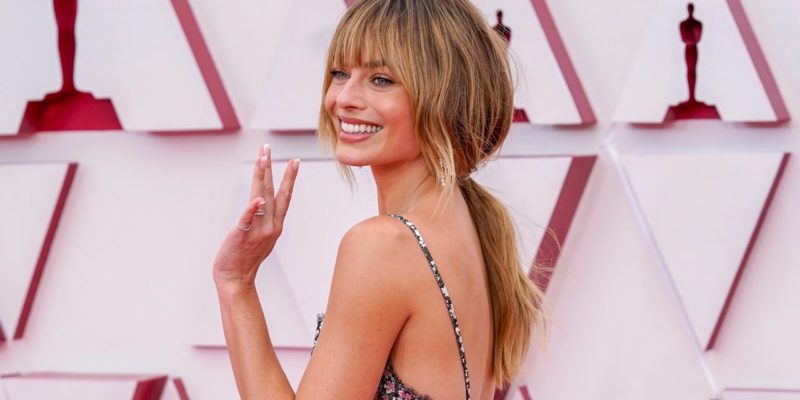 With the exception of a brief stint as a full-blown brunette in 2014 — she was nearly unrecognizable at the Oscars that year with her super dark surprise shade — Margot Robbie is almost exclusively a blonde. You picture her, you picture blonde hair. I don’t make the rules. But the 2021 Oscars have given Robbie a new opportunity to debut darker hair. And while it’s not nearly as dark as seven years ago, it’s definitely a departure for the actor.

Robbie, who has previously been nominated for an Academy Award twice, arrived on the red carpet with fresh new fringe — extra-long eyelash-skimming bangs framed by longer layers that hit between her chin and shoulders. Her super low, super loose ponytail reached far down her back, suggesting she may be wearing extensions considering her hair hit her clavicle at the Golden Globes in February.

The biggest change in her look, however, is definitely her hair color. Normally a light, bright blonde (much like it was at the Globes), Robbie now has stunning bronde hair — a hybrid of brown and blonde. The golden hue is warm but not brassy; it’s blonder up front with very bright ends on her mid-length layers, and browner throughout. Do we even see hints of peachiness? We think we might.