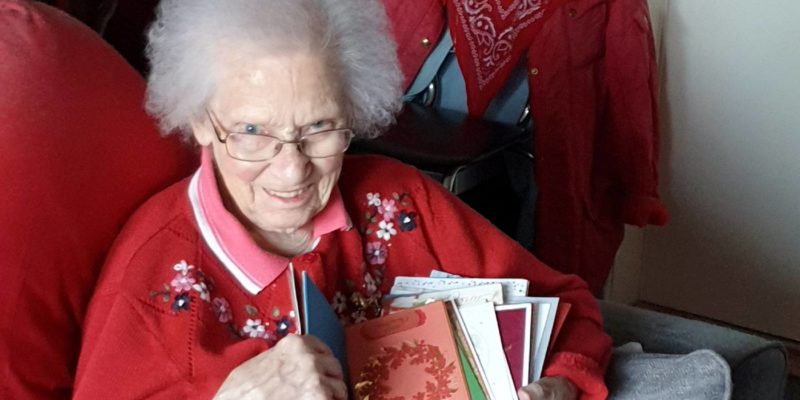 
A great-great-grandmother has been inundated with more than 1,000 Christmas cards from around the world, an experience that she says has restored her faith in humanity.

92-year-old Nancy Letham usually receives only four cards during the holidays as her friends have grown up and died.

However, after an online appeal was posted in late October, Nancy has received around 50 cards a day, including from school-age children in Portugal, who drew pictures for her.

Nancy’s granddaughter, Leo Sheppard, published the appeal, expecting to receive around 40 cards from neighbors in Fife, Scotland, where the family lives. Now cards arrive from India and the United States, from Canada, Australia, Italy and Spain.

Leo reads the cards to Nancy, who can no longer see very well. “It’s really nice to see how many people have taken the time,” he said. “It’s not just about cards, people are writing letters and letting you know about their lives and struggles. It’s letting my grandmother know that she is not alone in the world. “

PASS on the generosity and share this story with friends …

Ways To Strengthen Your Hair