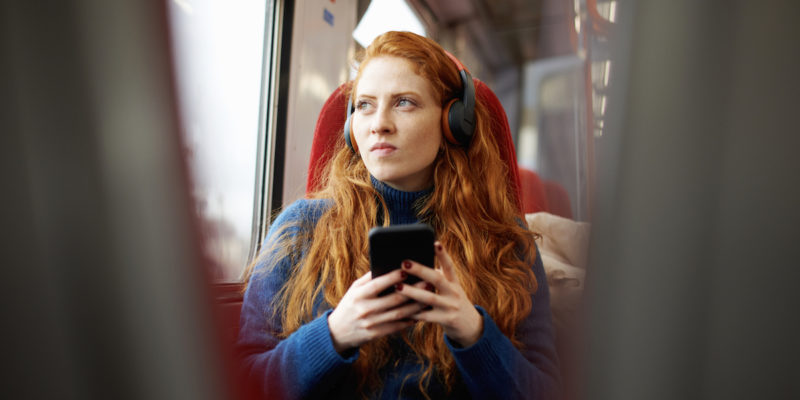 
It was a scoop that sparked another scoop. A Dispatches documentary allowed television cameras, for the first time, inside a women’s shelter in Surrey to follow the stories of women fleeing their violent partners.

When the show aired in February 2019, Darren O’Brien, a station manager from Southeastern, was among those who tuned in. That made him wonder how he could help. He proposed the idea of ​​free train travel for people fleeing domestic violence, and within a year, the Railroad to the refuge scheme was in place.

Offers free train tickets to men, women, and children who come into contact with domestic abuse services, including Help for women Y UK Men’s Advice Line. Charities then arrange shelter accommodation and book your trip to get there.

“When I first got the idea, I had no idea how many people it would support, but I was motivated by the possibility that it could change life, even if it was just for one person,” O’Brien said.

Introduced by all train operators during the first blockade, the plan was due to end on March 31 this year. However, weeks before he was off the track, it was announced that the train companies would continue with him. So far, at least 1,348 people have used the service, equivalent to four survivors a day.

Survivors are sent the ticket and pickup details by mobile phone. They can then travel normally, without having to declare that the ticket was free or that they are fleeing domestic violence.

When I first got the idea, I had no idea how many people it would support.

“Women have told us they don’t have money to pay for a train ticket because every aspect of their lives was controlled by the perpetrator,” added Charlotte Kneer, executive director of Women’s Aid at Reigate and Banstead, where the documentary was filmed.

“If they hadn’t been able to get the train fare, I’m scared to think what would have happened. This is a life-changing plan. “