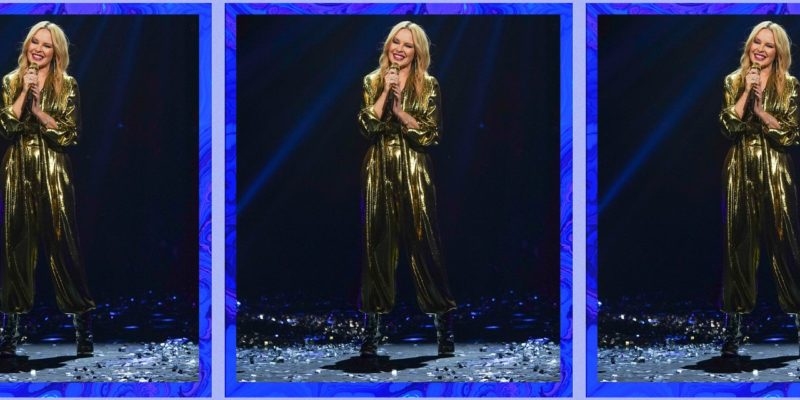 To kick off a slightly-more-sparkly 2021, Minogue talked with Allure about her Disco album, the most memorable beauty looks from her career, and what she hopes for this year.

ALLURE: What’s the story behind your beauty and fashion looks for this album’s era?

KYLIE MINOGUE: The brief was obviously disco references but trying not to be completely stuck in the ‘70s. To not have an album that was disco pastiche, but more to bow down and pay our utmost respect to those absolute disco legends who provided us with so much legacy and fantasy now. To honor the style of the ’70s, but to keep the glamour and some hedonistic styling, so we just played with that ever since really.

ALLURE: You appeared on Dua Lipa’s live stream concert. What was that experience like to perform with her?

KM: That was great! It was brief, but I loved doing that. I think she’s fantastic.

ALLURE: 2020 was said to be a disco-pop revival with artists like Dua Lipa. What did you think about all these newer artists embracing the sound?

KM: Obviously I love it. It’s the kind of music that I love to listen to. I think that Dua, [Lady] Gaga, me, and whoever else has kind of touched upon disco themes, we would’ve all done that before 2020. It was something that was in the kind of zeitgeist, part of pop’s ebb and flow.

[Disco] feels like pure escapism and sometimes it can be, but there’s also a darkness and a sadness to a lot of disco songs, and nostalgia, and you could feel forward-looking with it. There’s so much to play with within the disco genre, and what it does, and how it makes people feel.

ALLURE: What did you think when Gloria Gaynor wrote to you on Twitter, saying thanks for “Keeping disco alive”?

KM: [Gasps.] I know! Can you believe that? I was like [gasps] Gloria! It’s just incredible. We will forever be singing “I Will Survive” forever and ever and all the generations to come. There’s certain disco songs that you can’t even touch. They are untouchable. That was like being anointed by one of the absolute queens of disco.

10 Scientific Reasons Eucalyptus is Good for Your Health

By stufflovely
3 hours ago
Uncategorized