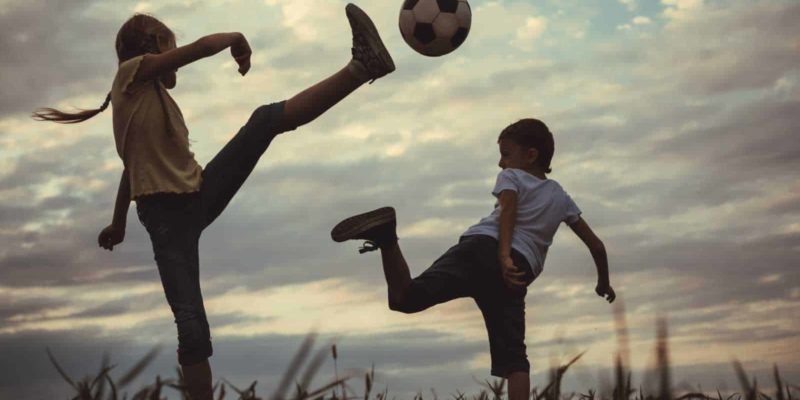 
Kids today have too much screen time and too little green time. Children have started using technology at a younger age, which can cause mental and behavioral problems. Until the last decade, children spent afternoons playing outside or riding bikes with friends. Past generations did not have to deal with so much technology at their fingertips and had the freedom to explore the world around them.

Of course, children today still have ample opportunities to enjoy nature, but parents tend to park them in front of screens. Various educational apps serve an essential purpose, but children still need green time for their development. Sadly, tablet and smartphone use among young children only seems to be increasing over time. According to an alarming report from Common Sense Media, almost half of young children have their tablets.

American Academy of Pediatrics recommends that children between the ages of two and five spend a maximum one hour a day using these digital displays. They also recommend setting limits for children over the age of six to about one hour per day of high-quality programs. Children under the age of two should only use digital media with parents to video chat with family members.

The use of the media among older children and adolescents is of particular concern. The Centers for Disease Control and Prevention (CDC) reported the following Screen time among children ages 8 to 18:

Sadly, this means that most children in the world today spend almost half of their waking hours on mobile devices. This may not even include time spent on technology during school hours. Adolescents have seen a significant increase in the rates of anxiety, depression, and suicide over the years. Experts believe that social media and smartphones play an important role in the mental health epidemic. (click to tweet)

In our ever-active society, it seems difficult to put down the phones and have a green time in our lives. However, children especially need access to the outdoors to help with their development and social connections. Experts have observed worrisome behaviors in children who spend too much time in front of screens and too little in nature. Next, we will talk about the importance of green spaces for the physical and mental health of children.

According to a study published in the journal PLOS ONE, young people were in better health when they spent more time in nature. While this may not seem surprising, the study may encourage parents to keep children involved in more outdoor activities. Mental health seems to suffer when people spend too much time in front of screens and too little in nature.

Due to the infatuation with smartphones, children and adolescents spend much less time outdoors than before. However, green weather improves health in many ways, such as:

In this particular study, researchers observed the following adverse effects of spending too much time in front of a screen:

The study on the lack of green time

Tassia Oswald and her colleagues published the above-mentioned PLOS ONE study at the University of Adelaide. Research in the past has generally investigated the effects of screen time and green time separately. However, Oswald and his team set out to understand how both factors combine to contribute or harm mental health and cognitive abilities. They analyzed findings from 186 studies to gather evidence on the links between screen time, green time, and psychological outcomes. These data included the mental health, cognitive functioning, and academic performance of children and adolescents.

In general, they found that high use of media devices caused adverse psychological outcomes. Green time seemed to result in more favorable mental health. It is unclear how youth from lower socioeconomic backgrounds are affected, as they were underrepresented in the study. The researchers say this group will be a priority in future research efforts.

However, the team still needs to do more general research on the effects of decreasing screen time and increasing green time. Preliminary evidence suggests that green weather could potentially alleviate damage effects of too much screen time. This means that nature can be an underused (and generally free) remedy for the adverse effects of technology. Researchers will continue to study this in the future to determine green-time and display recommendations.

“This systematic scoping review highlights that nature may currently be an underutilized public health resource, which could function as a preventive and advocacy intervention for children and adolescents in a high-tech age. However, strong evidence is needed to guide policies and recommendations on appropriate screen time and green time in critical life stages, to ultimately ensure optimal psychological well-being for young people. “

As parents of young children especially, it is essential to monitor technology use and set limits. They should only use tablets or smartphones for educational purposes or to video chat with family members. For teens, parents need to stay involved in their children’s online activity and keep the lines of communication open. Adolescents are vulnerable due to cyberbullying and comparing themselves to others, which promotes low self-esteem.

Phones and tablets have essential places in our society and can significantly help with education and awareness on specific issues. However, they should never be a substitute for face-to-face relationships or used as an escape from problems. Children still need the love and attention of parents for their development and well-being. Teens need this too, in addition to having healthy relationships with their peers at school.

Parents must take responsibility for their children’s exposure to online activities and enforce the rules and limitations. They can still use technology for school and socialize, but they also need time to relax and enjoy nature. We have started to lose an important connection with ourselves due to our constant attachment to technology. However, we can restore our inner peace and happiness by creating more green time in our lives.

Studies have found that children who spend too much time on technology tend to suffer emotionally and psychologically. They fare worse in school, have difficulty socializing, and are generally in poorer overall health. Children who spend more time in nature report more positive mental health and less stress. Time outdoors also gives children the opportunity to socialize and make new friends. Technology serves an essential purpose in modern life, but it should be used as a tool, not a crutch.

Parents can teach their children to maintain a healthy relationship with technology by monitoring its use. They can also take the kids to the parks and arrange play dates with other kids to allow for more green time. While technology may be here to stay, children have yet to evolve to use it for hours. Hopefully, society as a whole will find a healthy balance between technology and nature.

Clearly, we need both of them in the modern world, but our connection to nature doesn’t have to suffer as a consequence.