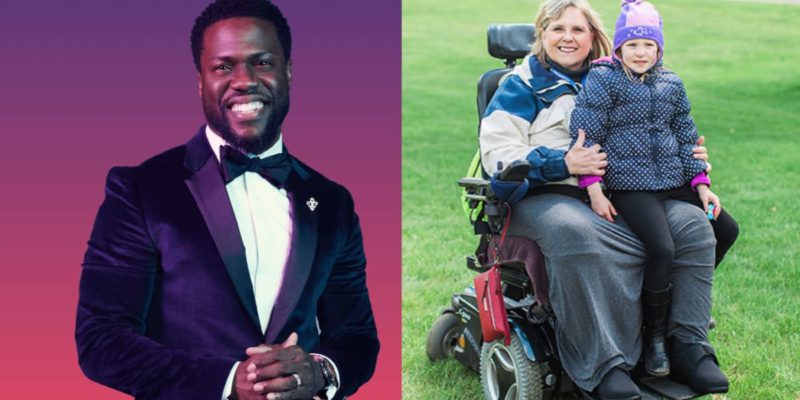 
Taking over from Jerry Lewis, who reigned as the charity’s highly successful fundraiser until his death, Kevin Hart hosted a telethon yesterday for the Muscular Dystrophy Association (MDA).

The inaugural MDA Kevin Hart Children’s Telethon was broadcast live in a star-studded 2-hour special that featured an evening of musical and comedy performances that raised more than $ 10.5 million.

The telethon, which benefited both MDA and Help from Hart Charity It also featured behind-the-scenes looks at the essential work of impactful charities, their families, research, care and advocacy. You can see the October 24 show here.

People can still contribute by calling 1-800-MDA-GIVE or donate online at MDAgive.org.

You can also pick up some unique items that are auctioned online, including unique articles and experiences by Serena Williams, David Beckham, Stephen Curry and more.

In this video, Kevin Hart and Robin Thicke create a catchy “list header” jingle to remind the audience of the number “1-800-MDA-GIVE.”

RELATED: Kevin Hart finally listened to his mother’s advice and it paid off.

For more than 70 years, the Muscular Dystrophy Association has funded the research and care of more than 300,000 people in the United States living with muscular dystrophy, ALS, and related neuromuscular diseases.

Since 1956, the legendary MDA Labor Day telethon hosted by comedian Jerry Lewis has raised nearly $ 2 billion, making it the most successful fundraising event in television history.