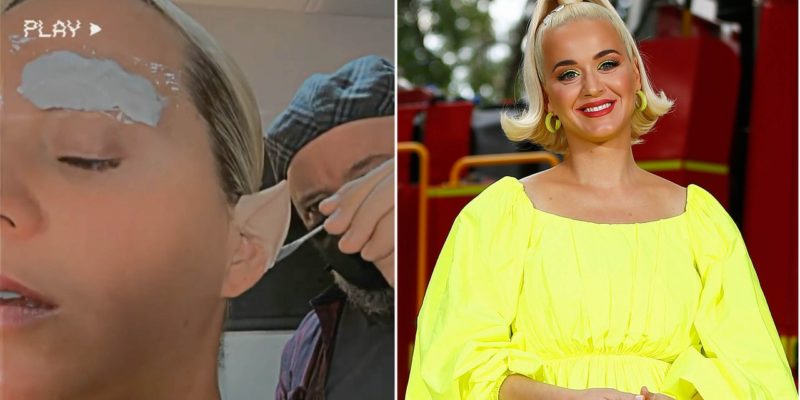 May 2 was Disney Night on American Idol, so you know Katy Perry, judge and lover of everything camp, had to show out to match the theme. The pop icon wore a shimmery Tinker Bell costume for the occasion, which came complete with a pair of huge wings. And Miss Thing truly committed to the assignment, going so far as to bleach her eyebrows so we could get the full effect of the look.

Perry shared a short behind-the-scenes clip of the process with her 117 million fans who showered the singer with compliments on the look. In the caption, Perry refers to herself as “Legolas’s gf,” making a reference to her fiancé’s breakthrough role in the Lord of the Rings film series. In the brief video, you can see an artist applying a pointy prosthetic to her ears (which is oddly soothing to watch), and the bleach solution slathered onto her brows.

The thick smear of bleach formula lightened Perry’s brows from their usual brown shade to a platinum blonde that looks virtually non-existent on her face. This video only shows this early portion of the costume process, but we think Perry absolutely killed it with the final look.

She truly looks ethereal once you see everything come together. Her makeup is pretty natural save for the shimmery eye shadow, fluttery falsies, and pink lip color. She also added some body glitter to the mix, because, fairies.

The look is so convincing, Peter Pan may just have to come and transport her back to Neverland.