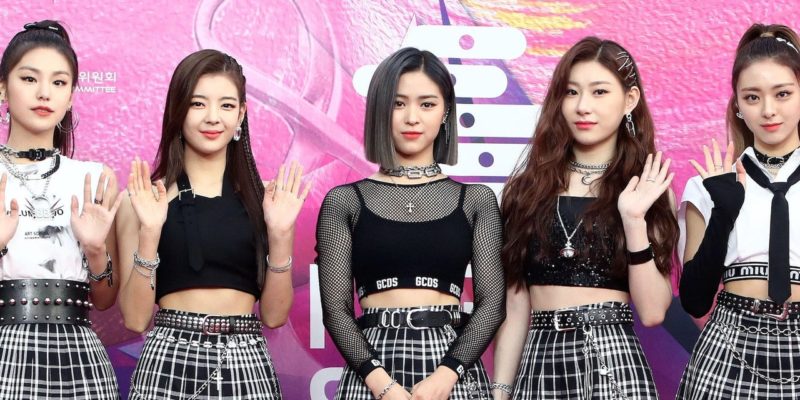 If you’ve never gotten an ITZY song stuck in your head, you’re about to. Maybelline New York just announced the K-pop group as its newest global spokesmodel, so ITZY is truly about to be everywhere. Yeji, Lia, Ryujin, Chaeryeong, and Yuna are not only the first K-pop stars to represent Maybelline, but they also make up the first musical group to ever do so, believe it or not. With this historic milestone in their career, they join the likes of Gigi Hadid and Storm Reid as the faces of the brand. Could you imagine all seven of them in one photo? The thought is too much for our brains to handle.

Since debuting in 2019, ITZY has consistently brought fun, bold liner and playful, glittery eye makeup looks to their performances and music videos, so this announcement only slightly surprised us. Back in January, Lia told Allure, “A big part of performance is, of course, the dancing and facial expressions, but the styling is also a very big part because it gives the vibe of the song.” Ryujin even revealed she loves experimenting with makeup when she’s bored at home, sweeping bright blushes across her cheeks. Needless to say, this partnership is basically kismet.

“I have been watching ITZY’s inspiring rise and was drawn to how dynamic they are both as a group and individuals,” Maybelline New York’s global brand president, Trisha Ayyagari, shared in a statement. “ITZY champions self-love, individuality, and self-expression to their fans and global community.” We couldn’t agree more. Just listen to “WANNABE,” and you’ll understand why this news just makes sense.

ITZY will be kicking off their new gig by lending their faces to Maybelline’s Best of Beauty Award-winning Hyper Easy Liner, Ultimatte Lipstick, and SuperStay Foundations campaigns in Asia this spring, and we can’t wait to see what daring looks they bring to the campaigns. Our fingers are also crossed for a special ITZY x Maybelline collection, just as Gigi Hadid once graced us with.

Read more about the beauty of K-pop: