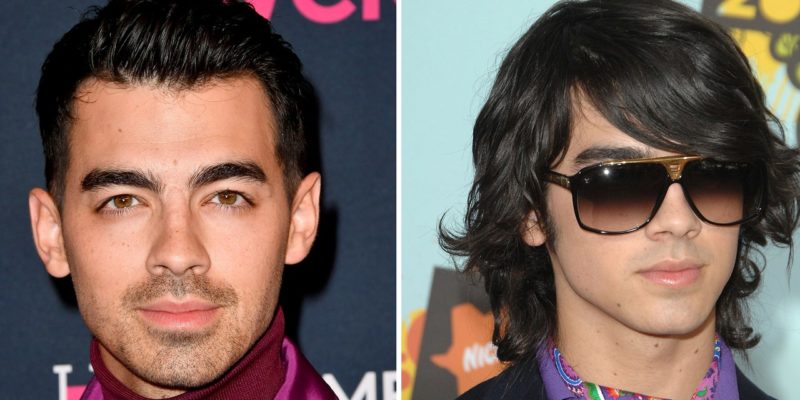 For all of you that can still belt the lyrics to “Mandy” without flinching, I come to you bearing some extremely important Jonas Brothers news: Joe Jonas‘s iconic long hair and giant emo bang from 2008 are back, baby — well, kind of. On August 2, Jonas posted a video to TikTok and Instagram of himself walking (nay, strutting) down the street with a wig that looks exactly like his old signature haircut. Naturally, he’s flipping it over his shoulder just like he used to, and “S.O.S.” is playing in the background for all of this.

The last time anyone saw hair this long on a Jonas Brother, Barack Obama was serving his first term, Heath Ledger was The Joker, and we were all upgrading our iPhones to iOS 3. And while Joe Jonas would likely die before having this haircut ever again, it’s damn good to see its return, if only for a few short seconds.

I guess we can always count on Joe Jonas for a good laugh at the exact moment we need it. Anyone else feeling a solid decade younger right now? Like they’re still trying to commit all the words to “This Is Me” from Camp Rock to memory? Yeah, me too. Maybe next time he can dust off his glasses and curly mop top from the late 2000s — or style is real, close-cropped hair into the little fauxhawk he used to wear in the early Jonas Brothers days. Joe, if you’re reading this…. the millennials are begging you.

Does Putting Cucumbers on Your Eyes Actually Help Your Skin?