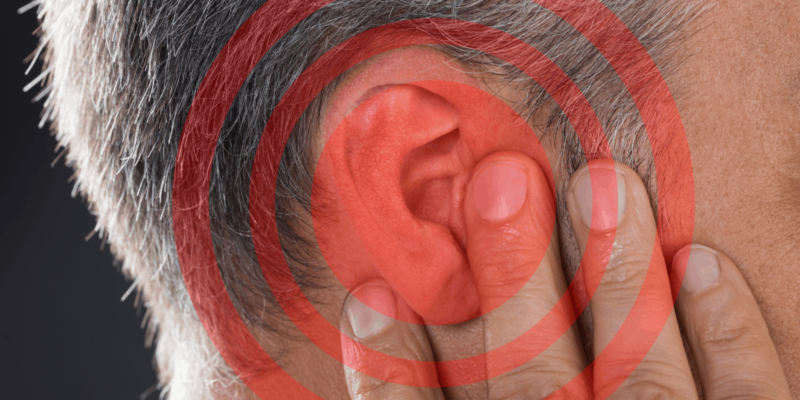 
Japanese scientists have discovered how the human body can act as a transmission medium for binaural hearing aids. Researchers say that as society ages, wireless body area networks (WBANs) will improve the quality of life for older people. One type of WBAN technology, called human body communication (HBC), uses the human body as the medium for electromagnetic signals. As the popularity of wearable technologies has exploded, scientists wanted to study how to make head-worn devices, such as hearing aids, safer.

Unlike ordinary hearing aids that amplify sound, newer hearing aids connect via a radio signal. Since binaural hearing aids combine signals from both ears, listen much more natural for the user. The auditory center of the brain filters speech from sound, helping to block out background noise. This helps improve speech intelligibility, even in very noisy environments.

We often take our wireless portable devices for granted, as most don’t know life without them. Every year, scientists continue to innovate, making these devices smaller and more efficient. In the coming years, researchers believe that most new electronic devices will use wearable technology. However, for wearables to overtake laptops, scientists will have to redesign the way the devices communicate with each other.

That is the purpose of the Japanese study: to discover how to master HBC to improve the functionality of devices such as binaurals. earphones. For portable devices, an antenna radiates signals to the surrounding area as it tries to find a receiver. However, this will not work for wearables, as this method of transmission consumes a lot of power and poses cybersecurity issues. Also, the human body is a hindrance as it absorbs electromagnetic radiation and blocks signals.

So how does the human body allow wearable devices like binaural hearing aids to work?

Scientists had to be creative from the usual method of connecting wearable devices to a wireless signal does not work with wearables. The Japanese team investigated HBC, which uses the body as a means of transmitting wireless signals. Basically, we are all made up of energy and we have electric fields within our bodies. This immense energy can power devices like binaural hearing aids.

Scientists say that electric fields can communicate with each other by interconnecting devices worn on the skin with electrodes. This method uses lower frequencies than those used in other wireless technologies such as Bluetooth. However, since the HBC research began more than two decades ago, they did not test it on a large scale. So, to understand the possibilities of HBC, the Japanese researchers focused their study on binaural earphones.

The team included Dr. Dairoku Muramatsu from the Tokyo University of Sciences and Professor Ken Sasaki from the University of Tokyo. Their study is the first to investigate how HBC can power binaural hearing aids. These devices come in pairs (one for each ear), improving audibility and localization of sound for the user. Hearing aids send signals back and forth to accommodate the nearby sound field. Since the hearing aids go directly to the skin, they are a perfect application for HBC.

The study, published in the journal electronics, shows how the electric fields emitted by the electrodes communicate in each ear. The researchers ran numerous simulations showing how the brain itself acts as a transmission medium. Energy from the electrode in one ear is distributed in the brain and reaches the receiving electrode in the other ear.

After discovering how the process works, the scientists wanted to know if this technology could work in a digital communication system. In fact, an earlier study on HBC by the Japanese team involved real human subjects and was also published in Electronics.

For this current study, the researchers used human body models of varying complexity to ensure accurate results. Then they began their research on how HBC would work in regards to binaural hearing aids.

Using these results, they determined which electrode structure performed best among those tested. During the investigation, they also calculated the electromagnetic levels emitted by the technology. Fortunately, the measured levels were within the acceptable range established by modern safety standards.

The future of communication technologies for the human body

In summary, this study shows the versatility and potential of HBC technology. Not only can it be applied to binaural hearing aids, but it can also potentially power other wireless devices that are worn on the head. For example, if wireless headphone manufacturers implemented HBC, it would increase functionality while reducing power requirements. It is also important to remember that the radio waves used in HBC quickly weaken outside the body. Because of this, people in a shared space could use the technology simultaneously without interference.

It seems that in the future, we will probably have improved methods of communication using HBC technology. It would apply to any device that is worn directly on the skin, such as hearing aids, earplugs, and even jewelry. Sometimes it is difficult to keep up with the continuous advances we are making with technology. The world certainly looks a lot different than it did just 20 years ago, but in some ways, that’s probably a good thing.

“With our results, we have made great progress towards reliable and low-power communication systems that are not limited to hearing aids, but are also applicable to other portable head-mounted devices.. Not only this, accessories like earrings and piercings could also be used to create new communication systems.”Concludes Dr. Muramatsu.

In the future, most devices are likely to go from being portable to just wearable. This will require new technologies that do not rely on typical wireless transmission methods. Japanese scientists concluded that devices such as binaural hearing aids could be safely powered by HBC technology. This involves using the human body as a means of transmitting signals emitted by electronic devices that are placed on the head.