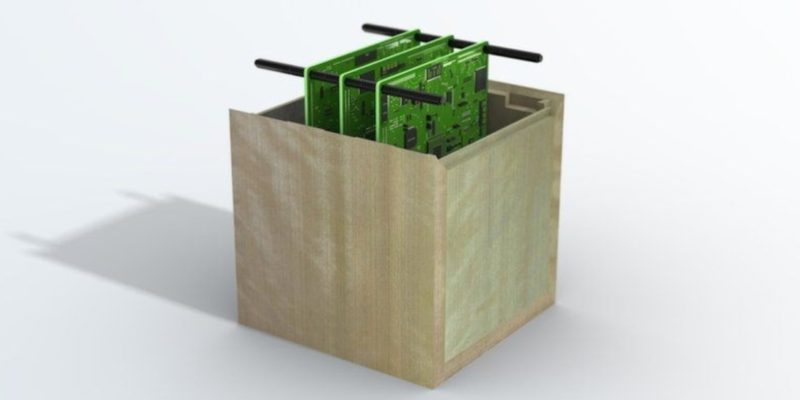 
A wooden satellite will be launched into space in 2023 to study how organic material is kept in a vacuum outside our atmosphere.

Wooden satellites would create a harmless alternative to metal ones and significantly reduce the space junk orbiting the Earth, which is expected to become a serious problem for space travelers in the near future.

Researchers and space experts from Kyoto University, including a former Japanese astronaut, are working with the nearly 400-year-old Sumitomo Group to develop and test special types of wood that can survive in the harsh environment of space.

A translation of a Press release In terms of innovation, known as the LignoStella project, it explains some of the benefits of using wood.

“Since wood transmits electromagnetic waves and geomagnetism, if the artificial satellite is made of wood, an antenna and an attitude control device can be installed inside the satellite, and the structure of the satellite can be simplified.”

“Artificial wooden satellites that enter the atmosphere after the operation is complete will burn out completely. This will lead to the development of cleaner and greener man-made satellites that do not generate minute substances (alumina particles) that can be a source of [air pollution] during combustion “.

CHECK OUT: These comfortable t-shirts made of wood and seaweed can be composted once you are done with them.

These particles can float in the air for many years, and Takao Doi, a visitor to the International Space Station and a researcher at the Space Research Unit of the University of Kyoto, where he founded a new field called “Basic Research on the Practicality of Resources Loggers in Space ”, has some concerns about its effects on life below.

“We are very concerned that all satellites that re-enter the Earth’s atmosphere burn out and create tiny alumina particles that will float in the upper atmosphere for many years,” Takao Doi told the BBC.

There are about 6,000 satellites in orbit around Earth now, with many thousands more to be launched during the 21st century, including more than 1,000 from Elon Musk’s universal internet access program, Starlink, alone.

LignoStella is hopeful that scientists at the University of Kyoto will lead to the development of unique building materials that, as so many space technologies have done beforehand, may eventually return to Earth to create more sustainable societies.

Wood has been used in every conceivable way for thousands of years, so perhaps it is fitting that we now use its versatility in space as well.

Woman Goes on a Journey to Increase Self-worth »