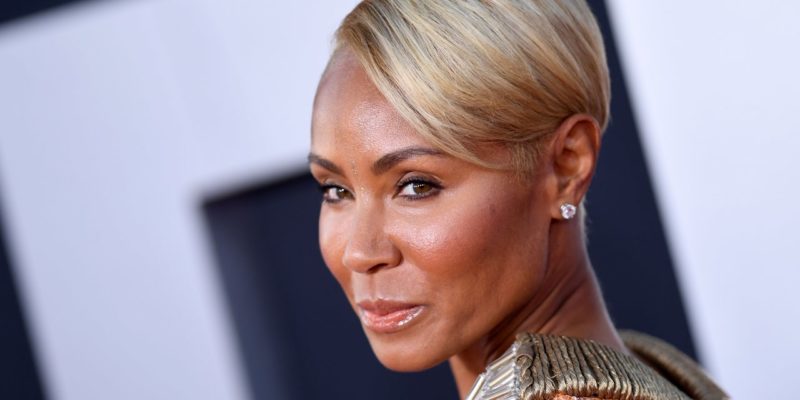 A lot of folks think that tattoos aren’t appropriate or beautiful on people who’ve aged past their 20s and 30s — but Jada Pinkett Smith has just proven that idea false. On August 15, the actor revealed via Instagram that she’s starting a tattoo sleeve at the age of 49 along with a photo of the first of those tattoos, a tribute to “the Divine Feminine journey.”

As Pinkett Smith writes in her post, she’d always planned to get a full tattoo sleeve when she turned 60 but simply couldn’t wait any longer. “I always said I would get a sleeve at 60 but tomorrow is not promised. Soooo … I’m starting to build my sleeve now,” she writes. “Repp’n the Divine Feminine journey within and without.”

The tattoo itself appears to be Hindu goddess Sita, who represents divinity, sacrifice, love, and more. This certainly isn’t the actor’s first tattoo; earlier this year, for instance, she received matching lotus tattoos from renowned artist Dr. Woo alongside her mother and daughter. The incredibly thin and detailed linework on her new forearm appears to be a single-needle tattoo, the same style of tattooing used for her other pieces of artwork.

Obviously, this won’t be Pinket Smith’s last tattoo with the plan to curate a full sleeve (which isn’t nearly as hard to do as it seems, by the way). We’re assuming she’ll stay on her kick of black ink with delicate linework and hyper-realistic details. Regardless, whatever’s next, we’ll be waiting on the edge of our seats to see it.

New Zealand is Hearing the Kiwi Call Once Again After 5 Years of Silence: ’It’s Amazing‘

Professor Develops Technology That Cools People Down – Without Electricity or AC